In college, we have themed weeks for the dining halls. It was General Mills week this week. It was pretty relaxed, I didn’t see a whole lot going on, but I did participate in a cereal eating contest tonight. 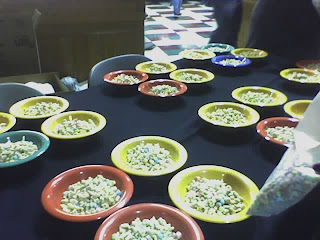 It drummed up a lot of publicity. Six kids, myself included, participated, and the winner had to eat four bowls of cereal, Lucky Charms, as fast as they could. I placed my own personal bets on the kid next to me. He looked like he could eat a lot of cereal. 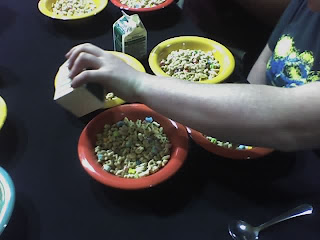 I gave a girl my cell phone camera and she took a really great photo of my arm, pouring milk, and little else.

I tried to mix the cereal with the milk so when the time came to eat it, it would be mushy and easier to eat. I think everyone had that mentality. So we started, and there was a whole crowd of people around us, going nuts. Some even brought signs. 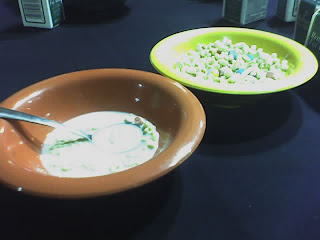 I ended up finishing three bowls, not even starting on the fourth, when the winner was called. It was the kid next to me, and he was neck and neck with another boy. It was a lot of fun. We all got prize packs, including shirts and snacks and a miniature basket ball hoop! 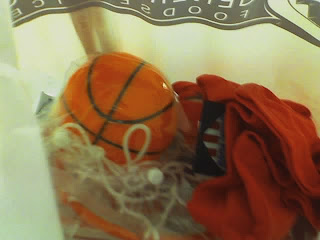 I’m not sure if I ever want to eat another bowl of cereal in my life. That stuff fills up quickly. I’m so stuffed! However, this has turned me onto the fun of competitive eating.

More news. I’m participating in something extra special for General Mills week at UMass tomorrow night, something that I’m a little afraid of, but photos will come. I’m not revealing where or what I’ll be doing, but it’s going to be epic.