I’m back stateside, as you might have guessed. It’s going to take me a few weeks to get back up to speed, but I promise to deliver you your semi-regularly, inconsistently scheduled programming as I desire. For now, a summary of some of the treats I ate in Puy-de-Dôme, a department of France where a friend of my father’s resides, in a small town called St. Florine. 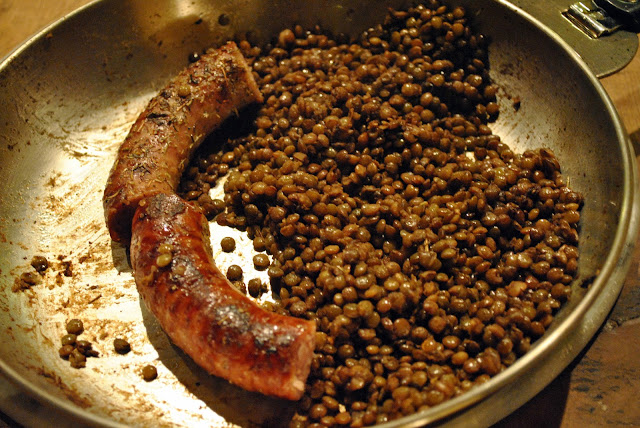 Over the course of a very relaxing four days, the family pulled out all the stops and cooked a selection of some delicious regional specialties, starting with these lentils de Puy on my first night in town. The lentils were grown some 10km southwest of where we ate them, and the sausage was from a farmer down the road. They were tender and toothsome, with a sweeter flavor than red lentils. 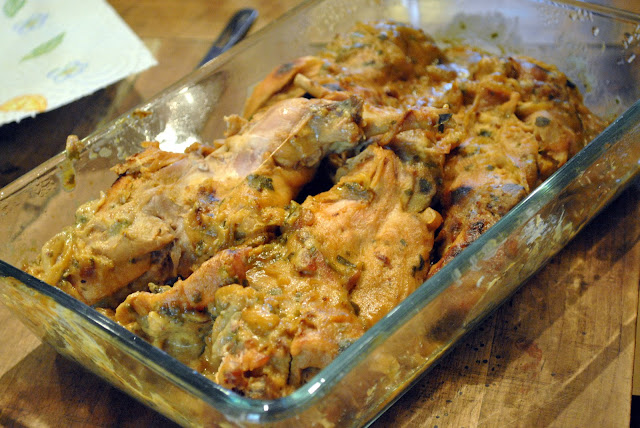 For lunch the next day, S, the mom, made a roasted rabbit dish in a spicy mustard sauce. The French mustard is much spicier and intense than ours- think Dijon on steroids. Technically, this was more our dinner than lunch, because someone in the house (me) slept until three in the afternoon after a long and tenuous train ride through the countryside. Yes, I’m aware that my problems are damned stupid. 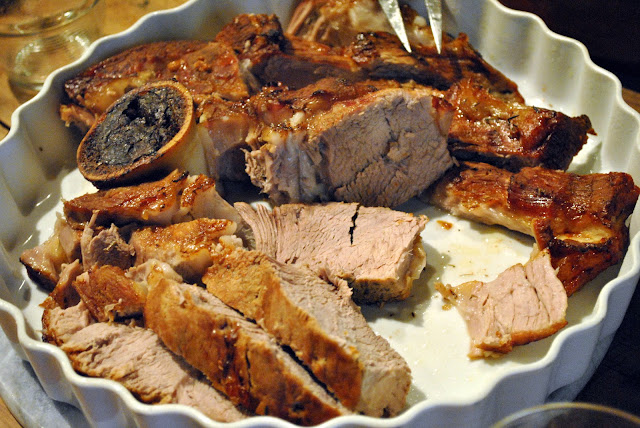 It was a one-two-punch meat day, because dinner, along with lapine leftovers, consisted of a fantastic roasted veal shank with tasty, garlicky bone marrow. Spread on pieces of hearty sourdough bread, it was a fantastic dinner and an even better midnight snack. 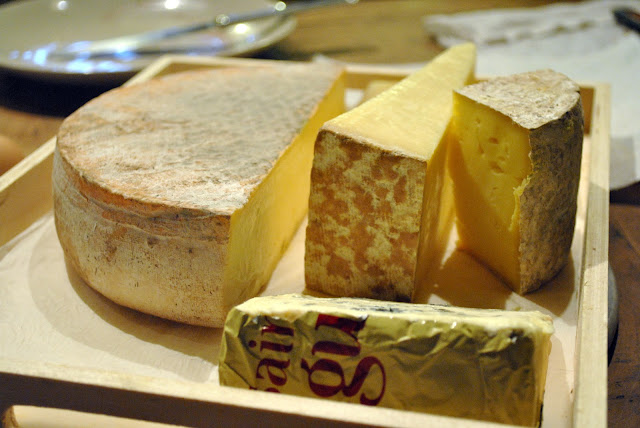 After every meal, we had coffee and chipped away at this massive cheese plate, replete with Comte, St. Nectaire, my personal favorite, Brie, and more. 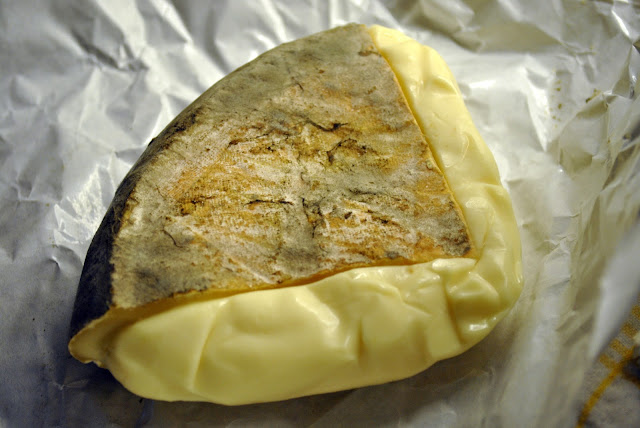 In fact, later on in the week, I schlepped home my own wedge of fresh St. Nectaire, grassy and bovine, with a deep, bucolic flavor. Room temperature on bread with a little butter, nothing can beat it. 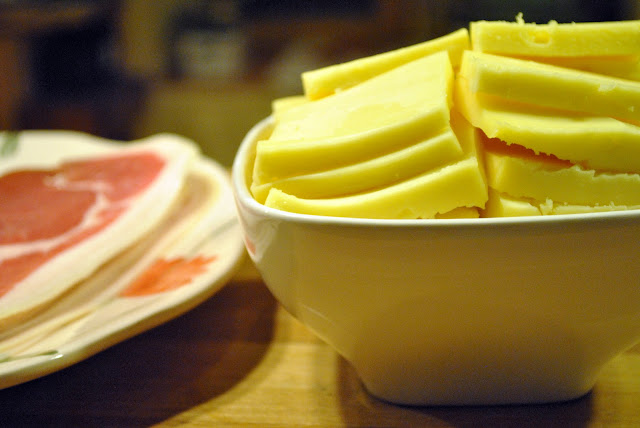 This is Raclette cheese. It’s a soft, springy cheese not unlike Gruyere, and it is so special that it breaks the French carnal rule of unitasking appliances. I mean, look at this beastly thing! Raclette is eaten with ham, sausage, bacon, smoked pork, more cheese, boiled potatoes, and cabbage, and is melted and cooked in… 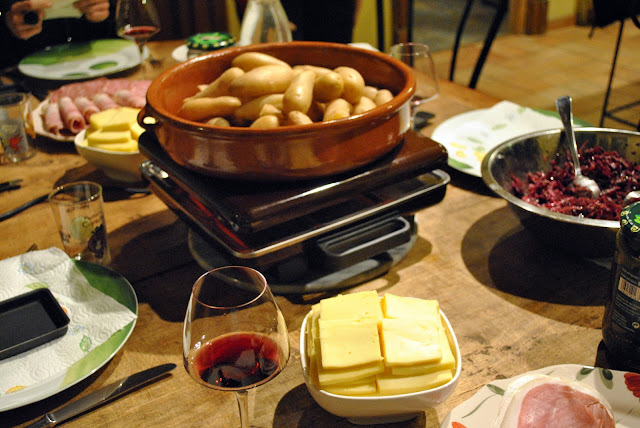 This thing. Look at that. It’s like an Easy Bake Oven for your tabletop, and eight additional guests. The two bread-shaped halves of the oven are like inverted grills- they are sandwiched with space in between for eight individual frying pans, which the cheese is placed in along with any additional desired toppings, melted, poured directly over the meat or potatoes, and repeated. It is not uncommon for the typical voracious American dinner guest to consume upwards of twenty pieces of Raclette in one setting, and then cry. 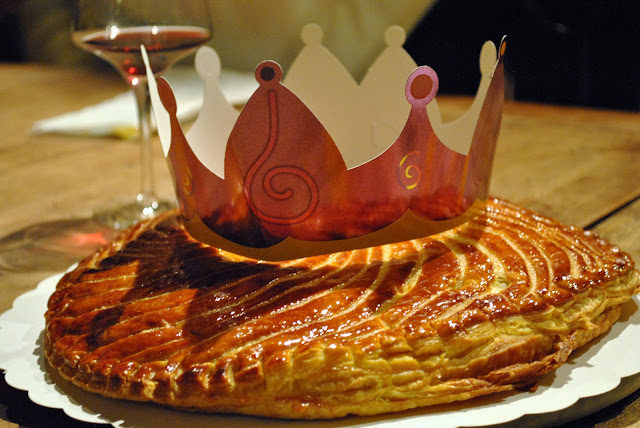 Because it was January 6th, we ate a King’s Cake for dessert. King’s cakes in France are different from King’s cakes in the States. They are traditionally made with puff pastry and thick, unsweetened almond paste with a glaze on top. Like cakes back home, there are different fun prizes inside- I got one of them and got to wear the crown!