Manfred Albrecht Freiherr von Richthofen, this is how they immortalize you?

Imagine this. 80 kills in combat, while flying, with the potential for many more unconfirmed, and this is your prize. Forever being recognized as the crappy microwave pizza, second, always, to Freschetta. Oh, and also being turned into a vampire in a crappy bodice ripper. 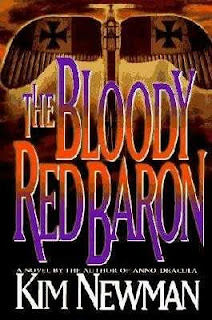 It’s like putting General George Patton on second-rate toilet paper or Hitler making an appearance in Pearls Before Swine. If it weren’t for the distinguishing light-hearted characteristics, history would be completely left in the dust.

Don’t even get me started on the jokes about his airplane, the Fokker Dr.I.

But let’s move onto his pizza. I got the meat trio, which has cubes of ham, pepperoni, and sausage in it. With my first pizza, the one in the photo, I definitely overmicrowaved it. With these pizzas, it’s necessary to watch them or else the deep dish crust gets caustic and bubbles all over the crisping tray. The cheese basically evaporated off the crust and it was chewy on the inside and cracker like on the outside. I couldn’t taste the meat because my tongue had burnt off. It then became a meat quadruped. 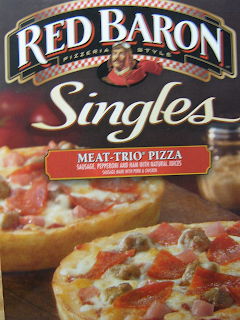 However, with the second pizza, I watched it carefully, and at the first hint of bubbling around the edges, I whisked it out of the microwave oven. This time, the cheese was all intact, despite being slightly unmelted on the inside, and was slightly gooey and all right. There wasn’t a lot of meat, and there was no meaty texture, but the flavor of meat was there. Meat essence. The cheese was rubbery and mixed with the sauce, which was definitely the dominant flavor. With the sauciness and the chewy crust, it reminded me of a cheap Grandma pizza. 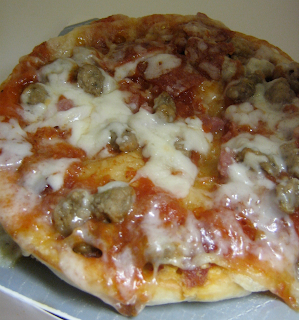 All in all, there was nothing special about this pizza. I’d have definitely cooked them in the oven, like the premium singles I tried last August, but I won’t be buying this again for a quick snack. The flavor is nice and the crust is thick enough to hold, but I wasn’t impressed. 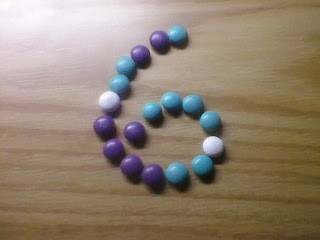