There isn’t a whole lot in this world that pleases me more than a good 80’s bully flick. What am I talking about? You know the scene. The same lines, the same facial expressions, the same outdated turns of phrase. And the same punishment. Public humiliation. Food fights. Tripping. And the swirly.

I’ve never experienced a swirly, despite dangling on the edge of high school social circles, veering dangerously towards The Weird, but the phenomenon fascinated me much like waterboarding does. Who did this? When? It tapered out in my day, but even in mentioning, the swirly was an ominous fate for those who did not conform. 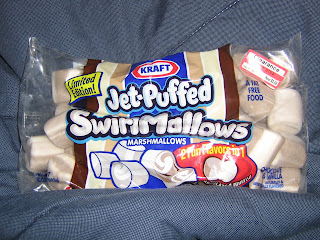 These marshmallows have little to do with the aforementioned problem, but brought to mind vivid imagery and repressed issues I’ll probably bring up in therapy in twenty years. But they were on clearance for 68 cents, and for that, my mind was settled. I would take these freakish swirly marshmallows home and raise them as my own. 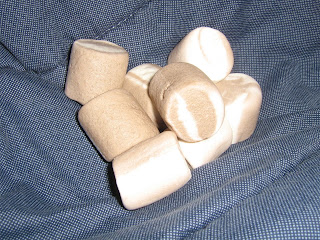 This is really the meta-marshmallow to end all marshmallows. Now you can have cocoa in your cocoa while you cocoa with Cocoa. What? But really. There’s a pleasant, hypnotic brown and white swirl and an averagely sized marshmallow. I didn’t really enjoy these, much as I might not have enjoyed their namesake. The flavor, instead of being a combination of vanilla and chocolate, was a queasy berry flavor on top of a yielding fleshiness, a fake fruit from the island of Kraftedonia’s laboratory and scarier than Dr. Moreau’s creations. It completely dominated any hopes of gleaning an authentic marshmallow taste, and left a chalky residue and trail on the inside of my mouth, like a sweet, sugary STD. This was pretty unpleasant. No wonder it was so cheap. 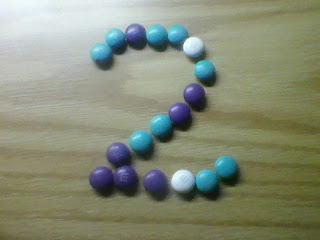