I didn’t get to do a whole lot of grilling this summer. I spent many a sleepless night pondering the hows and whys of this situation and came up with a small flowchart (not pictured) to explain.

The main reason was because I don’t have a grill in my nine by nine dorm. Keepitcoming doesn’t have a grill either, and I wasn’t home long enough to actually use the one we had. I also think that I tend to really glorify grilling when, in reality, it’s not as much fun as I want it to be. This has also happened with Slip ‘n’ Slides, MRE’s, and James Frey, so I’m not too surprised. But when the time comes to actually grill, I tend to balk at the opportunity. 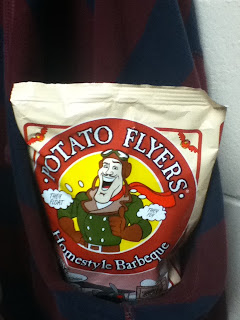 I do, however, love items that are traditionally grilled, so as a preface to a review sometime in the very near future of delicious grilled sausages, I bring you…Homestyle Barbecue Potato Flyers.

The preceding “homestyle” may not be so much of a descriptor than a warning. Perhaps, like me, your family is Jewish and lacks the gene for grilling well and ends up creating charred chicken breasts with raw insides. In this sense, it is an accurate flavor. While I appreciate the effort to make the seasoning vibrant, it is literally overpowering. On my first bite, I inhaled sharply from the smokiness and had trouble finishing the chip. It’s not spicy or hot, it’s simply too much seasoning. I love a good smoky flavor, but this was almost potent. There’s a heavy emphasis on black pepper and paprika, and the flavor is good and barbecued, but only in moderate doses. 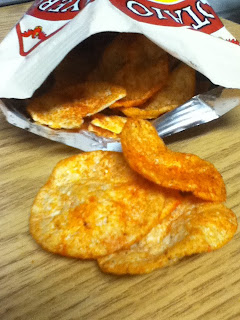 The base of the potato chip is baked and light, and I liked the airy texture and crisp- not styrofoamy. None of these felt like they were bogged down with oil or were overcooked. I’d try these again in another flavor- New York Pizza looks tempting. But this flavor, for once, was too pungent and ended up being mediocre as a result of that. Too much of a good thing, perhaps. 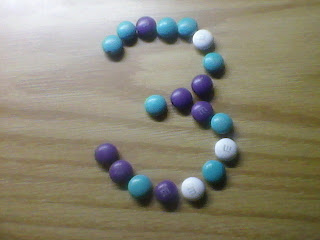