Swagger here to review the group of sauces no one else dares to try, “Death Level” sauces. Supposedly there are the ones that are the hottest of the hot and the best of the best. These are supposed to be the Delta Force Navy SEAL Black Ops Tier One Operators of the hot sauce world. 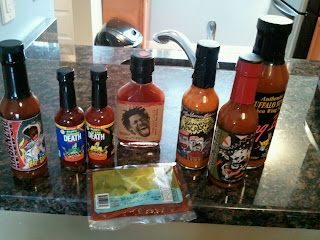 Keeping consistent with the regular sauces reviews the control base will be the glorious McNugget and the sauces will be judged in the same criteria and on a similar scale without consideration to the label, that shit’s totally arbitrary and kind of gay (Heat, Flavor, and Appearance). Each category can get a max of 3 points with an extra point for going above and beyond the call of duty. 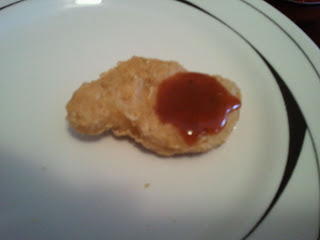 Up first is the Blue’s BBQ Habanero Reserve sauce. The sauce emits a sweet smoky sauce with a strong hint of heat. Smells very much like what a great BBQ sauce does. Coming out of the bottle the sauce was a bit more watery than what I expected. It starts out tasting sweet but delivers a very high amount of heat. It’s not a deadly level heat that pushes you away but a high enough heat to make you come back for more. It does not leave too much of an afterburn so one could keep using it. 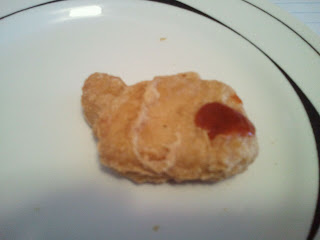 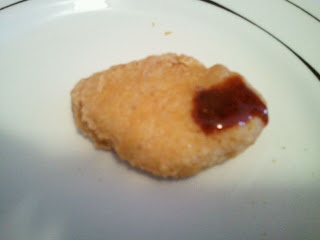 Here we have Blair’s Sudden Death Hottest sauce. At first opening the bottle there was no noticeable odor at all. It was indeed a quite ominous sign of things to come. It sauce itself looked slightly like death. It was dark crimson red with swirls of pure black. I assume that the black portion of the sauce was what was going to kill me at the end of the day. The taste was of this sauce was actually quite sweet, almost like a syrup sweetness at first then the heat would kick in. The heat and burn of this sauce was one that was extremely hot and was also one that lasted a very long time. I prefer this sauce over its counterpart, the After Death sauce. This had a sweeter flavor and overall more enjoyable experience. 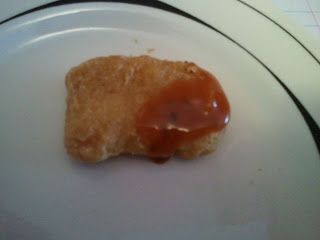 Here is Wing It Buffalo Sauce. Upon opening the bottle one it smell just like the buffalo wings one could get at their favorite bar or tavern. It had that special vinegar smell that all buffalo sauces have. The taste of this buffalo sauce was quite good. They definitely went to extreme lengths to get a very blend of spices to make the buffalo flavor taste great. This sauce fails hard in its attempt to be considered a “Death” level sauce. There was very little heat to this sauce compared to the other big boys at this level. The heat can be best compared to a bottle of Frank’s Red Hot or something of that caliber. This could probably considered baby’s first hot sauce for something for your girlfriend who can’t handle spicy foods. 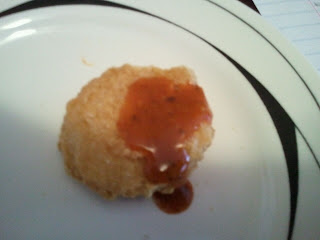 Next up is another from the people at Blue’s BBQ. This is their Chipotle Mustard Pepper. The smell of this sauce gave off a strong scent of peppers and good heat. This smell was quite inviting and would make probably make anyone who was daring enough to pick it over another sauce. It came out of the bottle more watery than I had expected and was unable to stay completely on the McNugget. This sauce was actually quite sweet and sour and had a good amount of heat. The burn of this sauce dissipated quite quickly and left you wanting more. All in all, a very pleasant sauce. 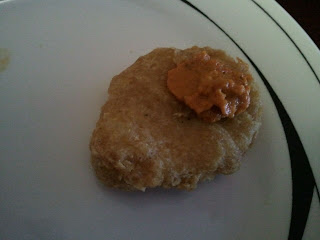 Here we have Torchbearer Sauces’ Zombie Apocalypse. This was probably the best named bottle in the death sauce category. Too bad I realized this after I had eaten this pictured McNugget. The main ingredient of this sauce is Bhut Jolokia peppers, these are the hottest peppers in the world. A single drop of this would bring most people to the ground in pain. Since I am such a total badass I ate the amount enough to cover half a McNugget. From the moment I opened the bottle and the nuclear orange paste like sauce came close to my face and I first smelled this sauce, the little voice in my heard popped up and said “maybe this isn’t such a good idea” in which I promptly told it to “nut up and shut up” This sauce smells like death, there’s no sweet undertones to it, or an inviting smell. This sauce smells like “if you want to eat this, you are a God among men” The best way I can describe the taste this sauce would be HOLY FUCK. This is probably the hottest sauce I’ve ever encountered. This probably incapacitated me and my taste buds for a solid 30 minutes. There was no taste to this sauce just pain, horrible deadly lava burning pain. I can probably say that this sauce changed my life, it was THAT intense. 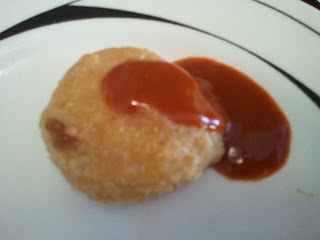 Here is the only sauce here to come in a packet. This is the Meleguta table sauce. Right from there I knew that something was going to be wrong with this one. I came in an unassuming packet instead of a bottle. There was only a side note written in very small font that it was xxhot. A death sauce should have at least 3 x’s to be considered good. It came out of the packet in a quick watery overflow, it smelt like vinegar and wet dog, not a great sign. It tastes like wet dog and unclean female parts. This was easily the worst of them all. It even left a lingering after taste and smell like unclean lady parts. There was a slight burn but it was at the back of the throat. Awful, just awful. 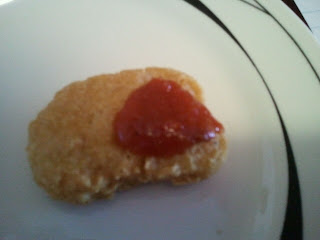 This sauce was brought to me by the Pain is Good people. Their packaging feature floating heads on a brown paper bag paper and kept in glass flasks. This was hands down one of my favorite sauces and made by one of my favorite sauce makers. This sauce was their Jamaica Style sauce. The smell of it hinted strongly of pineapple and gave a really good Caribbean feel to it. The initial taste of this was kind of sweet and fruity like pineapple, and then the heat come in. BOOM. The heat is a very good level for a death level sauce. It was hot enough for me to be in a good level of pain, but it was a good pain, almost euphoric. The burn would linger and decrease quickly but at good pace over a period of time. It doesn’t disappear instantly. Very much like the scent of a woman’s perfume on your shirt and pillows after she leaves in the morning. It’s faint but it stays over the period of quite some time. This sauce is everyone a spicy foods enthusiast could ask for. Great flavor, great heat, very versatile. This sauce is made of absolute win. Swagger out!