The last two categories leave the realm of sauces and enter the DANGER ZONE, and by danger I obviously mean snacks. It’s serious business! The snack category got a little leaner as the selection narrowed, and I rounded up the most unique snacks that I could. I suppose I could have gone for the spicy chips as well, your Utz and Herr’s, but I’m an out of control teen and I do what I want. 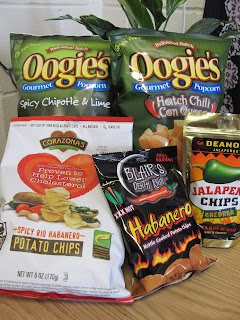 So, my Spanish galleons, we had two popcorns from Oogie’s, an incredibly sexy snack as we already know, potato chips from Corozona’s, Blair’s Death Rain chips, and Deano’s Jalapenos. We were also armed with season one of Community and last night’s nuggets. Y’know, palate cleansers and all that. 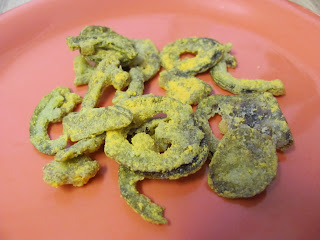 Deano’s Jalapenos were the first to go down our gullets, and they set the bar pretty damned high. Frying absorbant vegetables and whatnot can be difficult, as it treads a fine line between underfrying and overfrying. The former makes things greasy and soggy and the latter renders them brittle and hazardous, like Captain Crunch. These are fried to perfection, to the point of melting on the tongue and have a delicate, soft crunch. They’re jalapenos, and taste just like they should, with a slight greasiness from the frying and a nice cheddar cheese flavor.
Heat- 3
Flavor- 2
Appearance- 2
Label- 1
OVERALL- 8 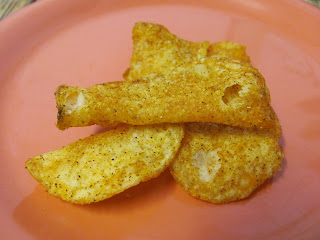 Then we went on to the chips. Blair’s Death Rain sounded angry and hot, but turned out to be mild with a creamy cheesy flavor and a heavy chipotle smoke. It was a little overwhelming and I wasn’t too partial to it. Swagger finds that there’s a special circle in hell for kettle chips, so neglected to comment. They were a little overfried and were overly crispy.
Heat- 2
Flavor- 1
Appearance- 0
Label- 0
OVERALL- 3 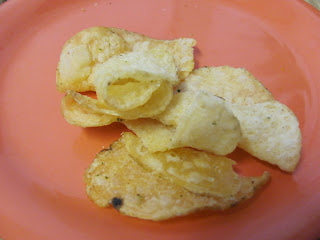 The next chips were Corozona’s. These were a little softer than the Blair’s chips, despite also being of the kettle variety, but lacked the oil and had a strange, rice flour-like texture and mouthfeel. The crunch tasted like these had been sitting out for a while uncovered, but the spices were fresh and zippy.
Heat- 2
Flavor- 2
Appearance- 0
Label- 0
OVERALL- 4 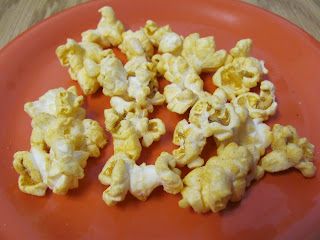 Oogie’s popcorn was next, in two flavors: hatch chile con queso and chipotle and lime. I absolutely loved the chipotle lime popcorn, because of how beautifully balanced it was. The lime flavor was bright and citrusy, with a fresh note that cut through the cheesiness of the popcorn, and the chipotle was smoky. This was like eating my favorite salsa with my favorite popcorn and worked perfectly. There was very little flavor dust to contend with and the heat was bright and present.
Heat- 2
Flavor- 3
Appearance- 3
Label- 2
OVERALL- 9 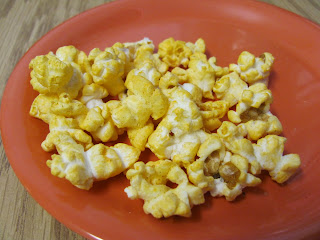