It’s June and I’m already summered out. I’m not sure whether it’s the heat or the lack of entertainment, but suddenly, sitting in my apartment in the dark for endless hours is less appealing than I anticipated. Yes, apparently I’ve matured, as I’ve had this strange desire to do things other than not working, by which I mean to say, I want to work and write and wear actual clothes again and stop trying to sell my possessions online. I mean, unless anyone is seriously interested in these two unlit organic soy candles I’ve been trying to peddle for a week now. You know where to find me.

So here’s my weird little request: I’ve grappled with this for some time. This isn’t an ad-driven site, I do it for pleasure, but I’m looking for something because I’m assuming you like what I provide. I’m looking for writing work. I want to write so I can keep getting better at what I do and give you even better, more amazing content. If you think I can help, I’d love to hear it. 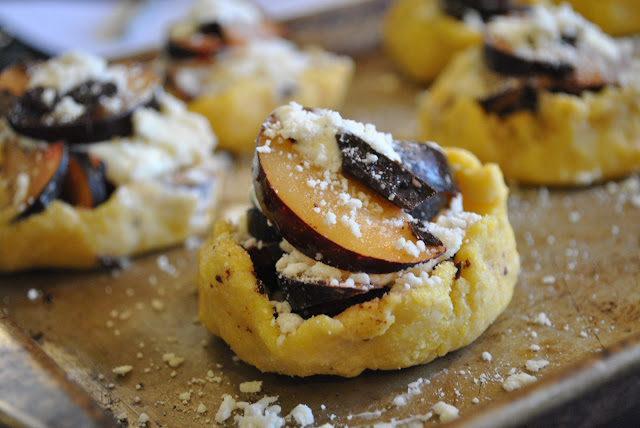 On the plus side, I’ve been able to hone the skills that everyone dreams of having on their online dating profile- home repair, gourmet cooking, and gym ratting, the latter of which has officially negated the ‘child having’ portion of said profile as the gym has been littered with children lately, listlessly watching Spongebob on the elliptical machines and squeezing Vitamin Waters all over the locker rooms. So yeah, I’m a catch. At least, the Bedfellow seems to think so. 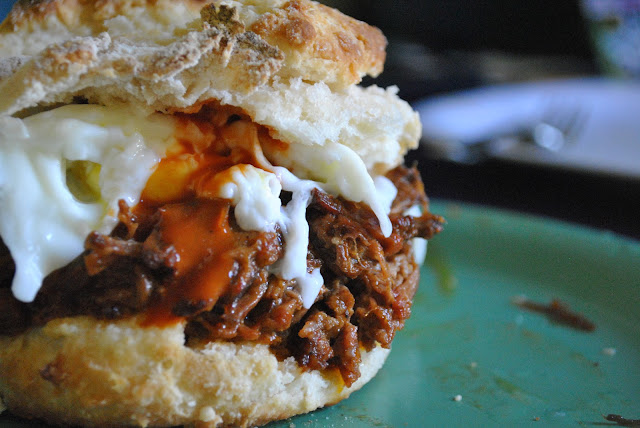 In any case, here’s a compilation of some of the treats I’ve been trying, like the BBB (brisket, biscuit, benedict) sandwich shown above. This is a fairly typical selection of the things I eat as treats- otherwise you’d see endless photos of decidedly non-pornographic yogurt. 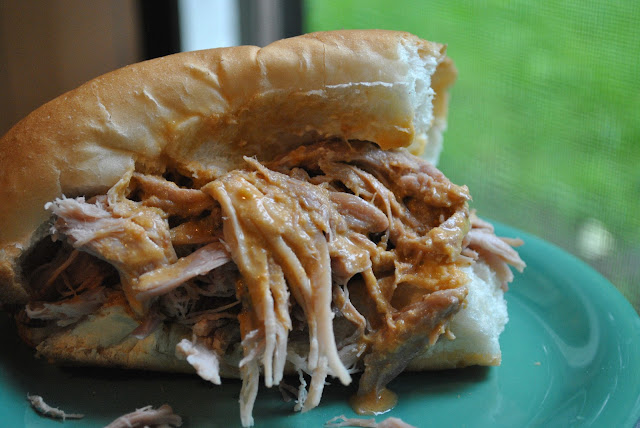 I have been on a protein kick lately, so most of my meals have consisted of some permutation of meat plus carb, whether it’s pasta, rice, bread, or potato. This is a pulled pork sandwich dredged with some of Dr. Gonzo’s Smoke Isle sauce- we made a trip to Worcester to find it after the store recently reopened. 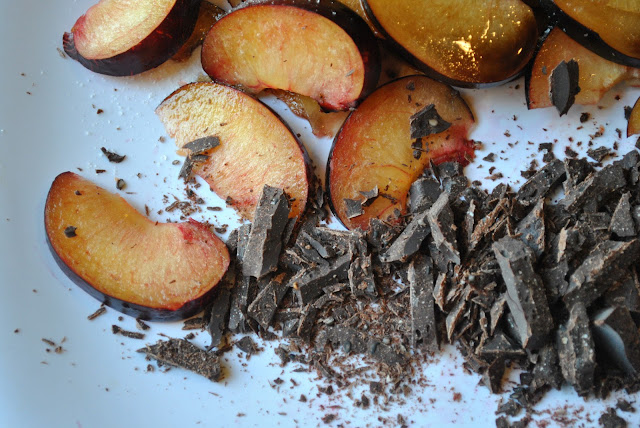 But I’ve also been doing some desserts- this bittersweet chocolate, balsamic, nectarine, and creme fraiche tart was a lot of fun to make and eat. 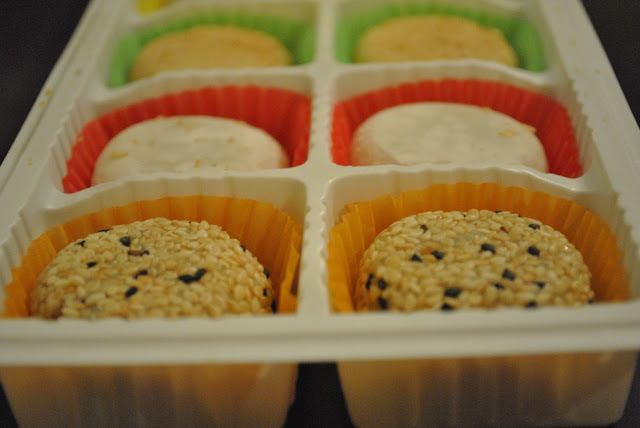 We split some of these mochi dumplings a few weeks ago- in peanut butter, taro, red bean, and black sesame. 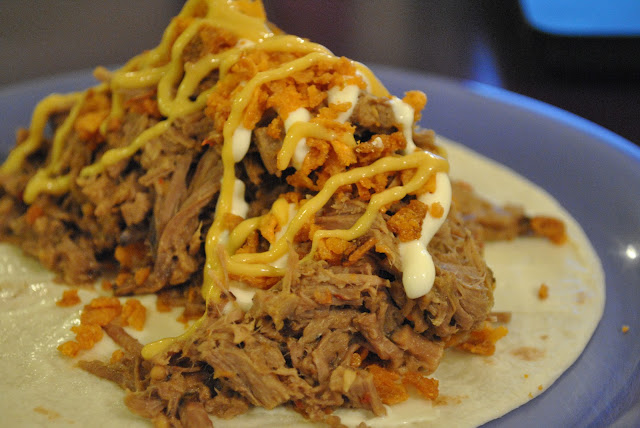 This is a more typical set of larger meals for me, something that I’ll eat after a good workout or as an early lunch before work. Brisket and Onion Crunch on a burrito has been my latest favorite indulgence– it’s so easy to throw together! 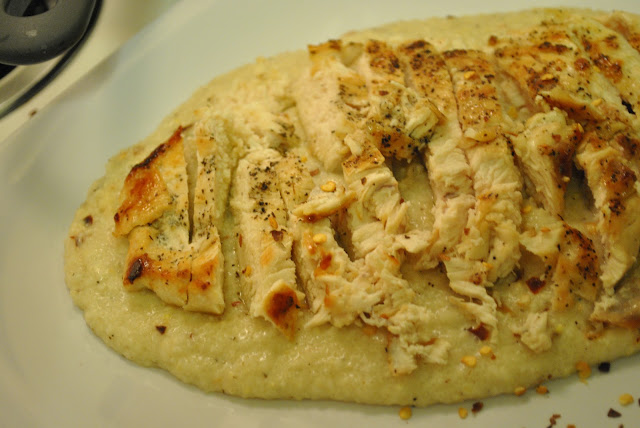 I’ve also been trying my hand at different types of grains with fabulous results. This rosemary chicken with maple and red pepper grits was one of the tastiest meals I’ve made in a while. 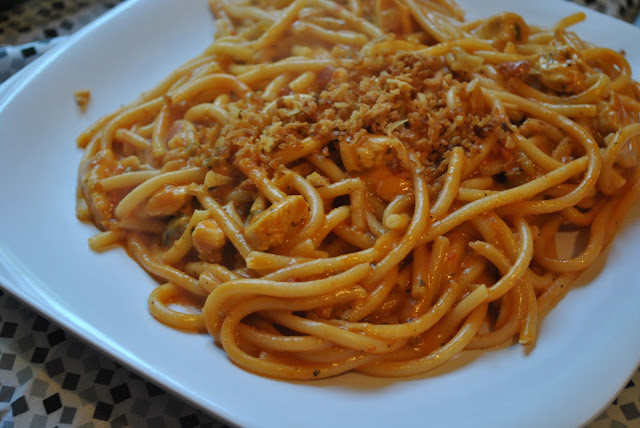 Pasta has been another easy meal, and this isn’t anything incredibly out of the box, but was very tasty. Roasted red pepper and tomato with chicken, Cajun spices, and onions. 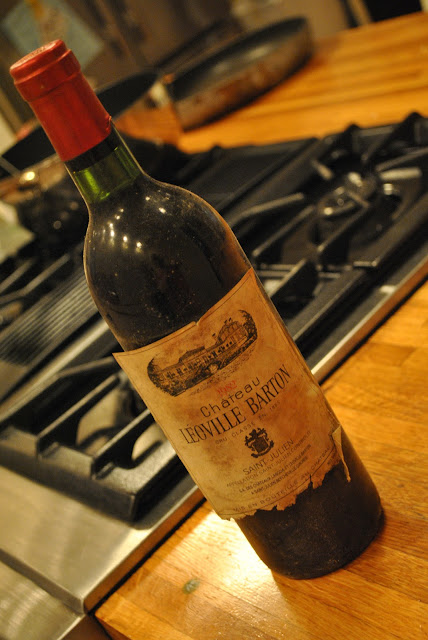 I’ve been enjoying some more celebratory meals, too, to commemorate a successful apartment search, a late graduation shindig, and the potential publication of a short story I’ve been working on. Dad and I drank an ’82 Barton on a cold, rainy evening along with some fried yucca and steak with chimichurri. 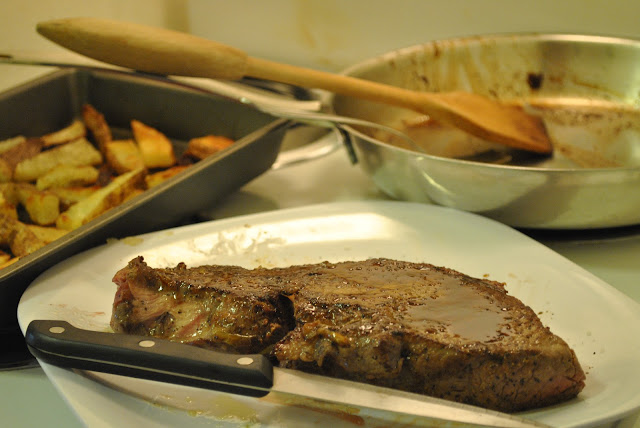 The Bedfellow and I also had some wine the next night, along with some of the best steak I’ve ever made. I highly recommend sirloin for inexpensive, tender steak. I used to stick strictly to Porterhouse until I tried this and I doubt I’ll ever go back. It takes kindly to a good sear and also allows you to make a killer pan sauce after. I topped ours with roasted garlic and rosemary butter. 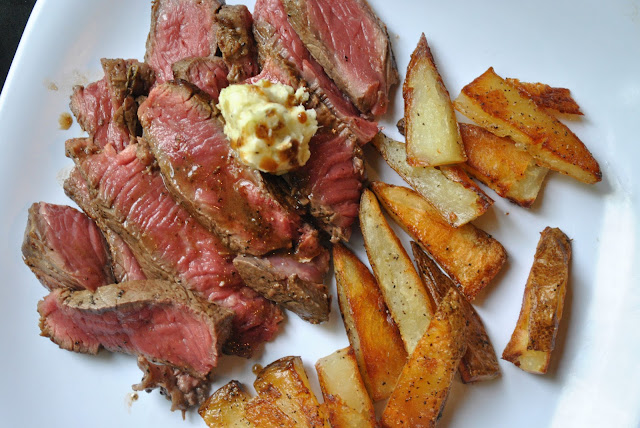 And of course, oven fries! (And yes, I take my steak bleu.) 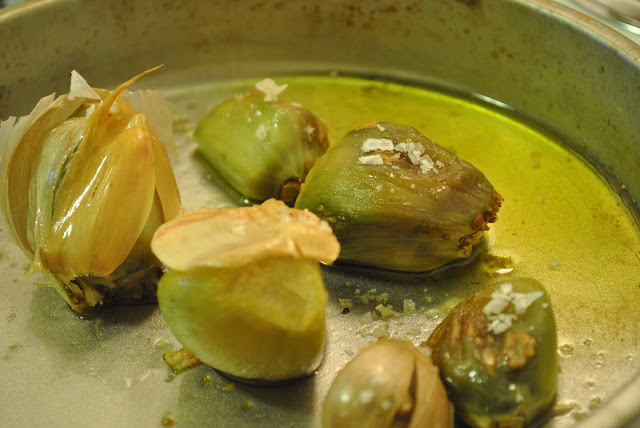 This was the roasted garlic that went alongside. This is elephant garlic, so the bulbs are enormous! 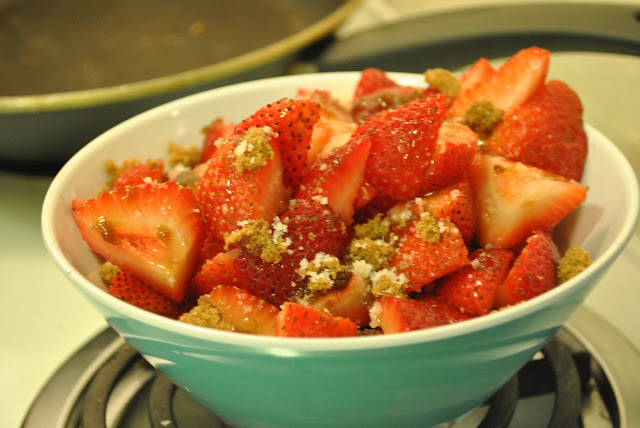 Strawberries for shortcakes marinated in brown sugar, sea salt, gin, and honey for a few hours before serving. 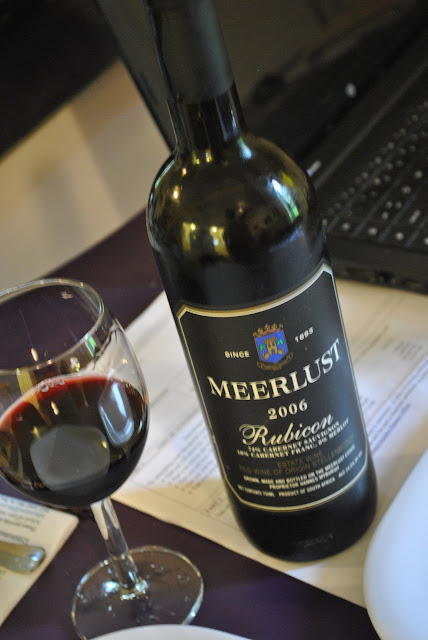 We drank this 2006 Meerlust from South Africa. Dad and I had tried it at a tasting earlier that month, so it was fun to celebrate with on one of the nicest evenings of the summer thus far.

One thought on “Taste of the Union: Foodette’s Summer Eats”