In terms of food and wine, I’m always curious about what subtleties and notes do to enhance the overall flavor. Can they intertwine with the base product without overwhelming? Sometimes I like when things are subtle. I’ve long since eschewed milder flavors, because in all things- food, wine, human interaction, I find that the most robust of gestures have the most lasting impressions on me, but I especially relish when something can tread the fine line between bold and over the top.

When illustrating this point, I often use the example of brettanomyces. With low levels of Brett, a yeast compound found on the skins of grapes, a young red wine can be brought into a depth usually unattainable for its age, be given a certain complexity beyond its years, with organic, musky notes that one must search for. Too much Brett, though, can ruin a wine. 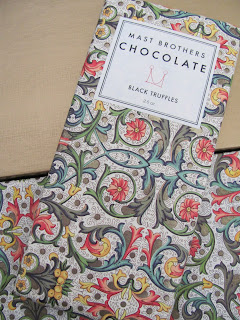 With this in mind, I approached the Mast Brothers bar, a gift from Keepitcoming’s friend First Tracks, with the same analytical hesitance that I approach certain wines. I did not know if the unusual flavoring would enhance or destroy it. The bar was beautifully wrapped. This was a company whose chocolate I had wanted to try for some time, but had never seen in stores or had the opportunity to purchase. The bar, containing only five ingredients, was flavored with black truffle and sea salt, savory additives I’d only since enjoyed on savory snacks. 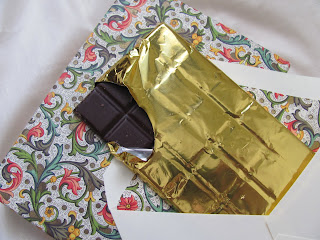 After unwrapping the bar, it was clear the flavors needed no coaxing. From the initial scent, the umami was nearly palpable, musky and salty on the nose. If the smells were this bold, what would the flavor be like? From the moment I popped a piece in my mouth, and even before that, I could taste the meaty earthiness of the black truffle and the tangy sea salt. It was present just long enough to blur the lines between savory and sweet, and then receded to allow the fruitiness of the dark chocolate come through, a cherry, fruity, naturally sweet taste with an unfortunate textural stubbornness. Clearly, this was a flavor in two acts. 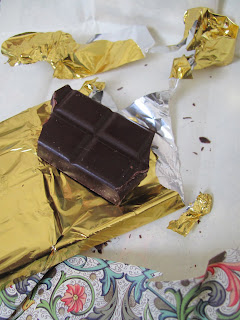 At first, I was a little unsure at how I felt about the clean divide between the flavors, and that one brief interlude of time that I wasn’t sure where one ended and the other began. I wanted the entire experience to be like that. But without those two segments, the middle wouldn’t be nearly as impressive, and would have had a one-noted taste. It was the subtleties that hooked me. Like a wine with Brett, I found myself searching for that midsection with each bite, delving through the flavors until I found exactly what I was looking for, only to do it again. In the end, it was the hunt, and not the capture, that brought me back for more. 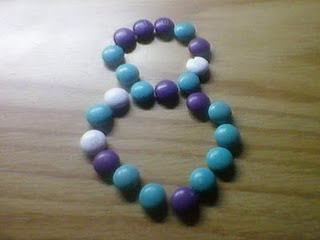