Why did we decide to go to the Bronx at midnight? We’d never been to a White Castle, New York housing the last smattering New England has to offer. The GPS had attempted mutiny by directing us not to the gentle White Castle off 95, but the cramped location in the middle of the city. And with every check cash kiosk, boarded up Boys and Girls Club, and flashing ambulance we drove by, that question became more apparent in my mind. As we reached the kingdom itself, a building as compact as one of its burgers and open 24 hours a day, I wondered if this meal would be so good as to justify it as my last. This was not the melting pot that Murray told us about! This was empty and sterile inside, with an atonal prison-esque buzzer to open and close the bathroom and a near shootout over the price of a Saver Sack. Dorothy was not in Kansas anymore, and we were certainly far afield of Connecticut. But here we were, and as we ordered through holes in the bullet-proof Plexiglass bubble separating us from our sliders, I peered over the menu, throwing caution, food poisoning, and health to the wind and ordering an item that allowed me to desperately cling to all that I knew and loved. That item was the Surf ‘n’ Turf Slider, an item debuting once in the 80’s and last Valentine’s Day, ensuring that no fish would go uncubed and no couple would go unsevered. 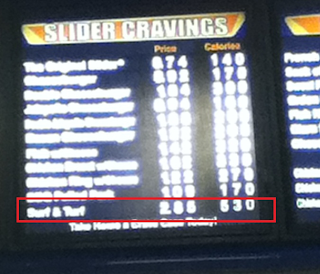 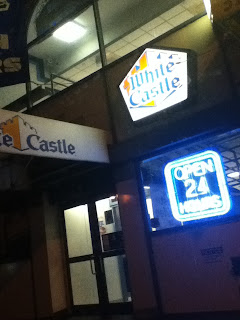 As Swagger and FF, whom I now considered my two large, hairy escorts, waited for their Crave Case, I chomped down on this burger. With eight layers of goo and a little over 500 calories in such a diminutive sandwich, it almost looked like the plodding, savory counterpart to a petit four. Needless to say, the Surf ‘n’ Turf is unfortunately, not a little chunk of lobster plopped atop one of the Castle’s trademarked patties, despite my prayers to the gods for a little chevre. Calling it Surf ‘n’ Turf is like calling a concoction of Barefoot Chardonnay and Crystal Light a 1er Cru Bordeaux. It is far worse than that, consisting of three buns, three slices of cheese taking the place of edible glue, two beef patties, a handful of onions, the ominous fish stick square and no less than five packets of tartar sauce to lubricate it on its way down my gullet. The equivalent of a pre-Jamie Oliver 4th grade lunch with a slider garnish on top, or so I thought. 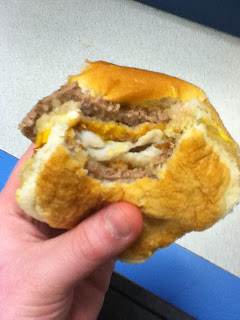 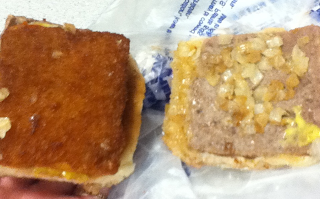 In reality, the burger tasted less offensive than it looked, despite being the gastronimical byproduct of two cows gang-raping a mermaid. The fish was tender and provided more of a textural irregularity than any particular flavor, which was good, because halfway through the slider, I remembered that I never really liked reconstituted fish patties. But it wasn’t a terribly pungent flavor, just an added layer of grease alongside the standard squishy bun and squishy meat. The cheese was surprisingly gooey and salty. My main problem with this sandwich was that, like receiving a Wagyu beef steak and covering it in barbecue sauce, this slider was inexplicably coated with a blood-like sheen of ketchup, not only all over the burger and buns, but all over the side of the box as well. This really detracted from the allure of some of the more delicate flavors I was trying to place and placed it in the category of an average fast food burger with a sickly, weak tomato flavor. As much as I hate pickles, they’d have probably done some good here with their crispness and acidity. 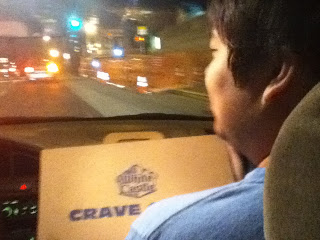 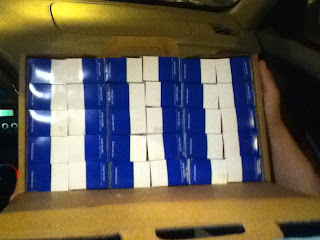 There’s no nice way to say it: this is the creepiest burger I could have ordered in the creepiest of settings. And the burgers are deceptively small. I saw myself easily pounding down ten, but after this wildcard and two regular sliders, I felt sick. Luckily, my mood was elevated and I regained hope for the reign blanc with the joy of watching FF and Swagger eat ten burgers apiece out of their modified briefcase a la Pulp Fiction and discover the joy of the jalapeno slider. After all, it wasn’t really about the food, it was about the adventure. The rest was just a bonus. And that’s the way we like it. 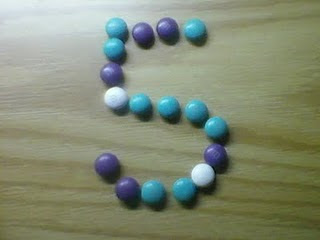