Lately I’ve been trying to exercise more and lower my caloric intake. While it’s especially difficult in such a food-heavy area, it’s not as hard as I thought. One of the things I have the most fun with is taking my favorite treats and translating them into lower calorie foods. I guess it’s a little late for bikini season, but it’s better now than never. 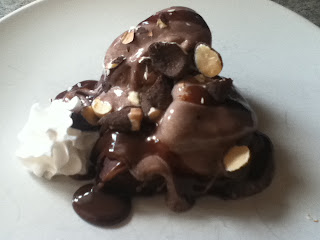 Ice cream is a classic summer treat, but in true gluttonous form, I generally don’t like it unless it’s smooshed or surrounded by a baked good of some sort. While I can’t boast that my version of the classic brownie sundae is healthier than Hungry Girl’s, it is pretty darned good. MyBlogSpark provided the brownies, the chocolate equivalent of the Fiber One 90 Calorie ones I reviewed a few weeks back, and my mom had the rest of the ingredients on hand. 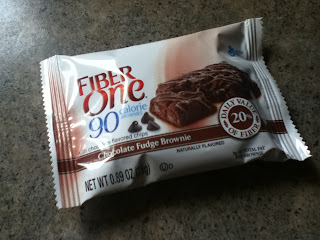 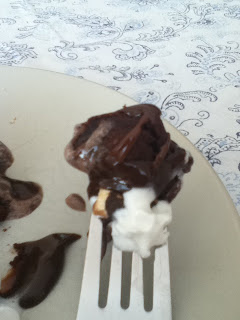 Assemble as though you would any sundae and garnish with a cherry on top. The sundae clocks in at a mere 260 calories and is big enough to share.