In my mind, I’ve had an ever-expanding bucket list of restaurants and products I’ve been dying to try or purchase. It spans from the 500 bottle EuroCave, complete with a 30 year Donnhoff and Yquem vertical for my tasting, to a dinner for two at wd-50 or French Laundry to a MetroKane Rabbit. One of the more attainable goals on my list was to check out David Chang’s Momofuku Milk Bar, one of five of his restaurants around New York City. Milk Bar is most known for its rotating selection of unusually flavored soft serve ice creams, the skill of its founding pastry chef, Christina Tosi, and David Chang’s hatred of bloggers. I was hoping that Milk Bar would impress me so that I would not end up on this seemingly persnickety shit list. Unfortunately, I was not dazzled by the hype. 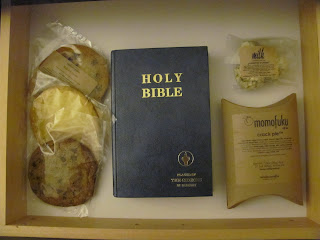 Tucked cozily into the front of Ma Peche, customers must navigate like lab hamsters through the walls of low-lit pastries and chalkboard-written specials to find their lunch, but those looking for Milk Bar will find the decor and layout fairly easy to understand. Specialties include the Compost Cookie and Crack Pie, which former addicts will be pleased to know, does not contain actual crack, and the cereal milk milkshake. We tried all three, plus a pack of cake truffles and a few more cookies. 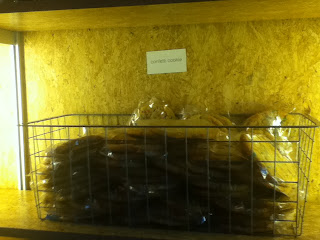 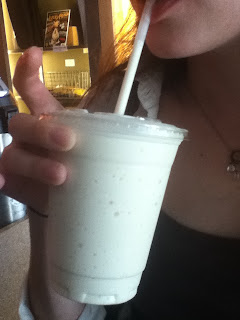 The best treat of the day was undoubtedly the cereal milk milkshake, and not simply because we were parched from the heat and screeches of teenage girls at Prada for the first time. While $6 buys you a squat, small cup and the promise of organic whole milk, the result is incredibly refreshing and not too sweet. The cereal milk manifests itself in a slurry of Corn Flakes and gelatin, strained out into a smooth milk and frozen. The result is a malty, neutral flavor with a cool, smooth texture that didn’t require the fellation of the straw to extract the goods. On a hot day, it was perfectly sweet with no sugar high and eventual crash. 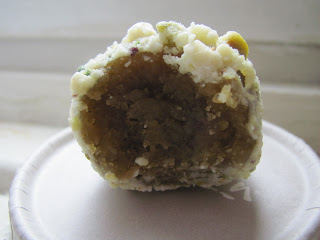 I expected the cake truffles to be luscious, and they were. The pistachio truffle was well prepared with large chunks of pistachio nuts, a moist texture, and a nice hint of lemon zest in the white chocolate coating. It was slightly saccharine on the way down, but I chalked it up to the frosting glaze. 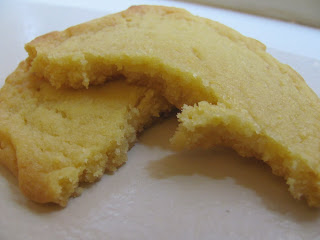 Next, we tried the cookies. Of the five cookies offered on the menu, we sampled three. After tasting those, I did not regret passing on the other two. The first selection, the corn cookie, seemed like it would be a pleasant follow-up to the neutrality of the milkshake. The vegetal flavors were well incorporated into the composition of the cookie. It tasted like an ear of fresh corn with butter and salt, but its excessive sweetness and flaccid break literally left a bad taste in my mouth. The texture was especially noticeable as a result of its flat, pancake shape. I found it disorienting to have such a light, fresh flavor combined with such a heavy mouthfeel. It had a texture absolutely saturated with oil, to the point where it made an audibly gooey squelch with each bite, and there was too much sugar to compliment the Willy Wonka-esque combination of vegetable and dessert. The texture was uniform with no corn pieces or salt crystals, and in the glow of natural light, the oil seeped out and glistened on our fingers. 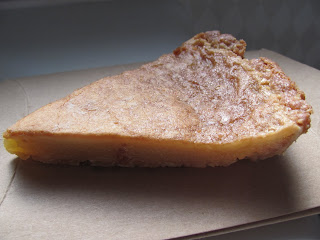 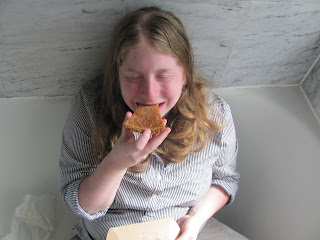 This was not an aberration from the norm at Milk Bar. This super-sweet, unctuous quality was present in each dessert we tried, including the infamous Crack Pie. We wanted the Crack Pie to be our ironic saving grace, our narcotic Jesus in a world of greasy slickness, but it fell short of its name’s promise. (If I weren’t committed to keeping this website classy, I’d comment that I could have stayed home and eaten better crack pie free of charge). 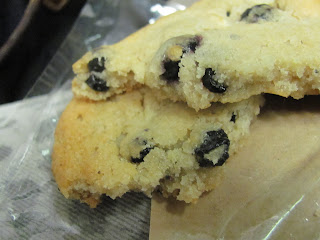 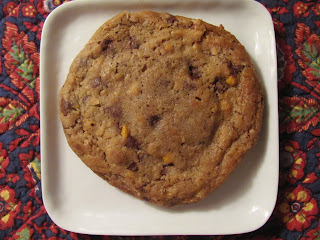 The blueberry and cream cookie came across as a slightly-luxe version of the cloying $4 per dozen supermarket cookie. There was nothing outstanding about it that made me want to eat more, or frankly, eat it at all. The compost cookie had a uniform crunch with little balance between salty and sweet. The chunks of whole pretzels and nuts were reduced to a fine grain and the flavor was predominantly nutty and chocolatey. 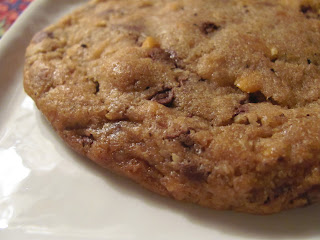 Trying Milk Bar as a David Chang test-run doesn’t make me want to pony up for a full dinner, especially considering the sketchy, pretentious reservation system and ban on photography. Badass doesn’t have to mean bad-tempered, and in this case, Chang’s “do it or shut the fuck up” method comes across in the mediocrity of the cuisine. 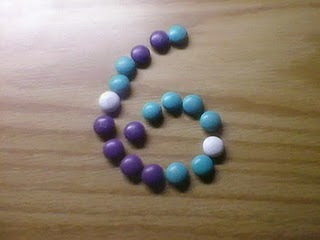