Because the one thing my diet is lacking in are the alcohol-tinged balls of quintuple bypass survivors. I think, on my ever-expanding list of things I genuinely have no interest in putting in my mouth, sweaty balls, or really, the vast majority of testicles, are close to the top. When I saw this in the stores, though, it was hard to resist. Being a lover of all things malty and chocolatey, I figured I’d give it a swirl. And since Ben and Jerry’s have had some deceptively decent flavors lately, how bad could it be? 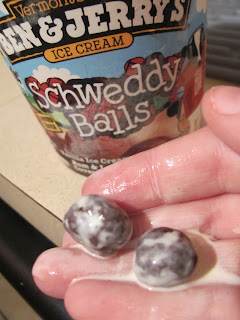 While I won’t go as far as to compare it to the tiresome task of teabagging, it’s not too far from sucking balls. The label, a hot mess of words, sweater-wearing badgers, and catch phrases to heighten its appeal, describes this as being vanilla ice cream with a hint of rum, loaded with rum balls and malt balls. If you’re not already familiar with the joke, it inexplicably capitalizes on the popularity of a very old Alec Baldwin sketch on SNL. Why this didn’t live and die in the 80’s, I’ll never know. In fact, I’m not entirely sure why Ben and Jerry’s is focusing on old television tropes in the first place, and at such a late time. Like its namesake, the joke is withered and stale. Ten years from now we’ll probably see LOLcats Lingonberry and wrinkle our bionic noses in confusion. 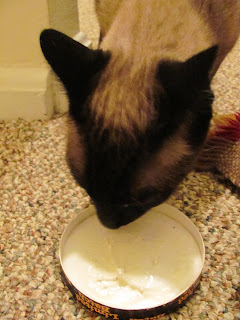 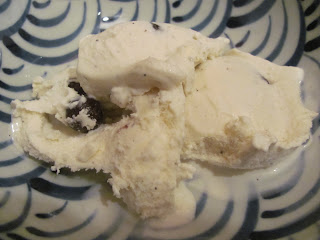 The vanilla ice cream with a hint of rum tastes less like Cacique and more like Chuck E. Cheese, in a neutered, pervasive artificial tang that reminds me of a particular Weight Watchers “dessert” of frozen Cool Whip. As a base flavor, this limits it to being a fairly lackluster BJ. This ice cream lacks the packed denseness of other flavors and abandons the traditional chocolate or caramel swirled offering as well, perhaps to detract consumers from wondering if they were getting Schweddy Balls and other offerings from the same general region of the body. 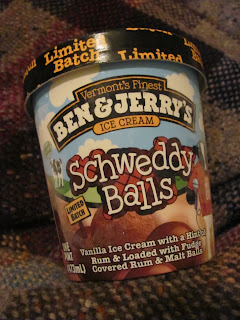 In any case, the resulting product is bland-looking and bland tasting, and to add insult to injury, the package is a real eyesore. But with the shoddy quality of the balls, I’m not surprised. Getting malt balls or rum balls was a crapshoot both in number and flavor. An AC/DC hit this was not. While I enjoyed the frozen, foamy texture of the former, the latter was exuberantly boozy in a rubbing alcohol and Band-Aid fashion. 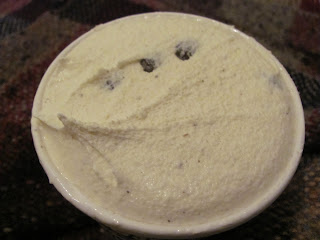 With a haphazard product like this one, it doesn’t take a genius to realize what a blatant marketing vehicle this is. And it shows in the quality of the ice cream, though I did note the subtle jab at making the ice cream a milky white vanilla, thin in texture and somewhat goopy. Regardless, this feels like the shoddy byproduct of a basement-dwelling manchild’s inner fantasy, and one that I hope will soon be castrated and whisked from the shelves. 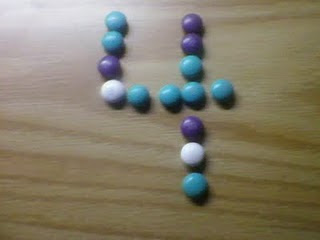