It’s kind of a slow week due to moving and preparing for it- all of my food is mainly packed away, and UPS and FedEx don’t deliver on weekends! I got a little carried away with packing, so I thought I’d give you a peek at some of the sandwiches I’ve been making for the Bedfellow and have eaten myself. 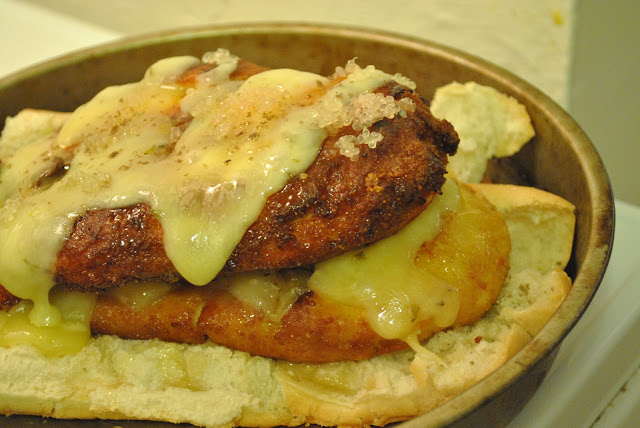 I’ve had to get a little crafty lately, as I wonder if I’m developing a slight intolerance to gluten. When I eat more than a slice or two or more than half a small roll, I end up getting very fatigued and feel depressed until my body digests it. It’s something to look into, so I’ve been trying to be careful lately and stick with more proteins and grains. But this sandwich was certainly the masterpiece, especially as of late- lavender cheese from Rogue Creamery atop sauteed chicken with honey, lime pods, and smoked sea salt. 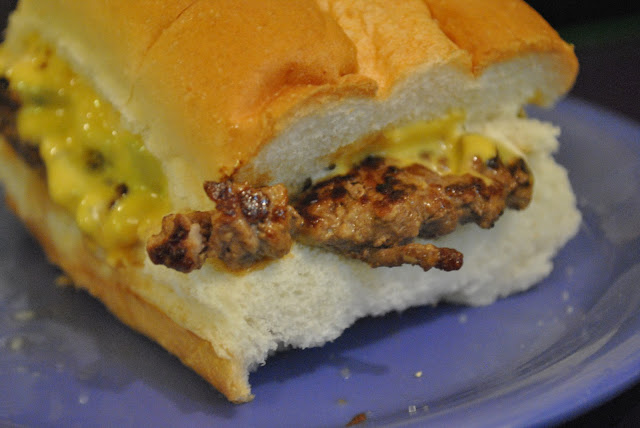 I also bought a bit of ground beef- not my usual fare, but since I was craving a burger atop little Martin’s-esque rolls, went for it along with some American cheese. 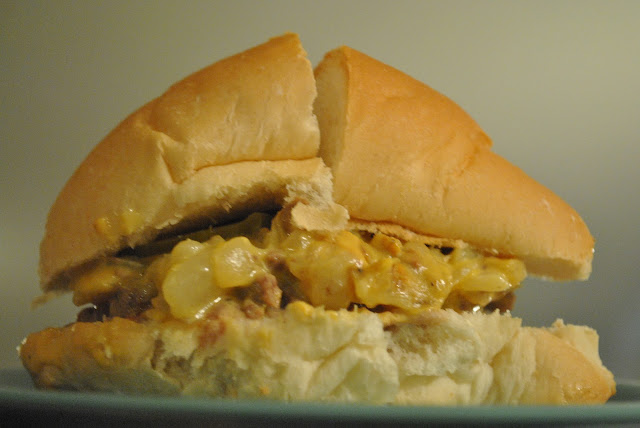 This one was made using the slider method from Serious Eats, steamed atop sweating, grilled onions with pickles on the bottom and American cheese on top. Ridiculously messy but ultimately really tasty. More laborious than grilled burgers and not necessarily tastier in comparison, but still fun to try. The one above was done on a hot pan, and my apartment smelled like burgers for hours. Worth it! 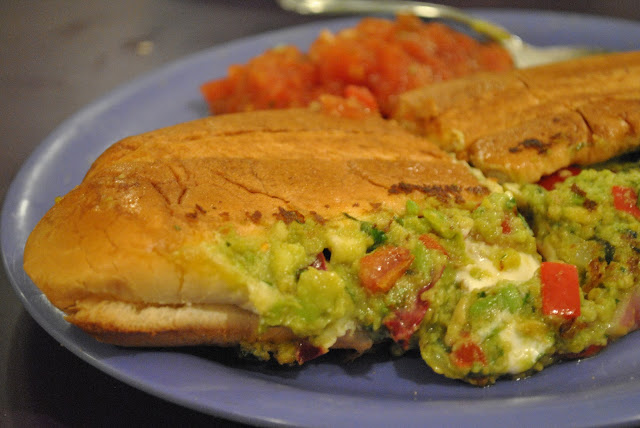 Sometimes when I run low on groceries, I have to get creative. Luckily, I have a lady who is a whiz at making guacamole, and with a little roasted red pepper goat cheese and salsa, this was a no brainer. The best part was how grilled the guac got when it spilled out of the sandwich. 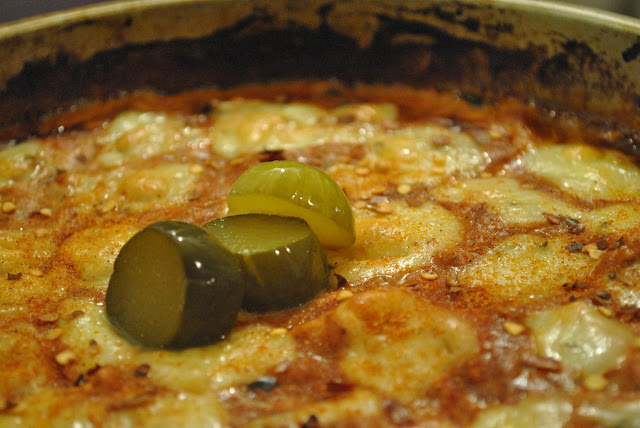 This last selection wasn’t really a sandwich at all, but was a dip that we ate with chips and little pieces of bread- so, a deconstructed sandwich. Barbecue chicken dip, but instead of using cream cheese and dressing like many recipes call for, I switched it up and used labne, a yogurt from Karoun Farms.

One thought on “Sandwich Saturday”