Long-time reader MrsBug was being optimistic when she commented that Gross Week could only improve from here. So, riddle me this: is there birthday cake in hell? The obvious answer is “no” as there are no birthdays, but I’ll leave that one up to the theologians. After tasting Yoplait’s birthday cake flavored yogurt, I can definitely assure you that there is some form of birthday cake in hell, as this is as abominable as they come. Yoplait’s new Splitz line, which coincidentally sounds like an incredibly flexible line of Bratz spinoff dolls, combines flavors of foods that traditionally come in or eventually turn into liquid form: rainbow sherbert, strawberry banana split, and strawberry sundae. 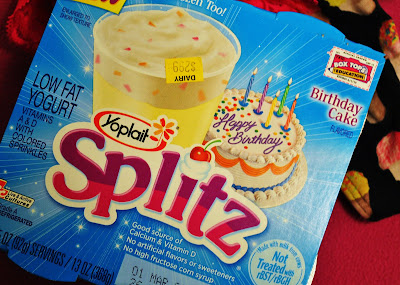 And then there’s birthday cake. Yes, now you can have your cake and eat your live bacteria, too. As you can see on the package, they’re not talking about some sexy Elizabeth Faulkner-commissioned dealy either. We’re talking low budget, half-off day old birthday cake with Cool Whip frosting and a misspelled name in cursive. Classic grocery store fare, misery guaranteed. Ignore the festive bunting and sprinkles: it all tastes the same after the first bite. 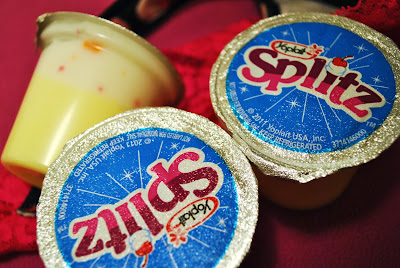 This is something a kid gets when his dad has a new hippie girlfriend he’s trying to impress. He can’t shake the novelty of buying dessert-flavored products but has switched to yogurt for the kids to look like he doesn’t order Taco Bell for dinner most nights a week. 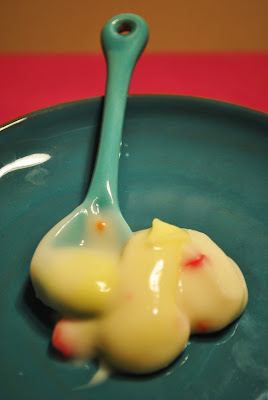 The yogurt is translated into a “layered” format with a frosting-inspired layer and a cake-flavored base, all studded with sprinkles. It’s the little sister of its adult counterparts scientifically designed to make adults resent dessert. Weirdly enough, the yogurt definitely smells like vanilla cake frosting but does not taste like it at all. There’s that weird super-vanilla flavor all yogurt has, the one that tries to be dessert but simply lacks the sugar to do so. The creaminess is indulgent and thick with a solid body to it that makes it feel less like light yogurt. I feel like I’d have enjoyed this more if it was a pudding. It just seems like it’s tiptoeing the line between health food and dessert and falling off to its death.

Even sampling this frozen didn’t improve its flavor. As a child, I had a friend whose birthday fell on Passover every year. Her Orthodox mother would always make her a birthday cake that looked beautiful, but had a strangely subdued, bready flavor that put it squarely in the savory category rather than dessert. This yogurt brought back memories of those awful cakes because it had the same visual appeal with the same disappointing flavors, only this time I wasn’t encouraged to have seconds and didn’t have to play with pipe cleaners afterwards due to there being no television to entertain ourselves with. 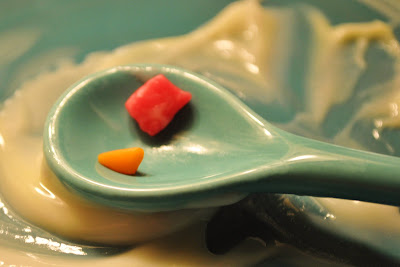 The sprinkles, typically the most enjoyable part of a birthday cake, made this one fall apart worse than a Cake Wreck. For whatever reason, they were grossly oversized and rather waxy, giving the impression of biting into a crayon every few spoonfuls. Their two-tone neon color did no favors to the anemic yogurt and tasted bitter, much like the Funfetti sprinkles in my failed pancake experiment. If you’re feeding this to your kid on their birthday, they’re either ingesting this via IV because an actual cake was too difficult to liquify or you should have had your genitalia removed years ago. Yoplait has made birthdays sad even for the under-10 set now. 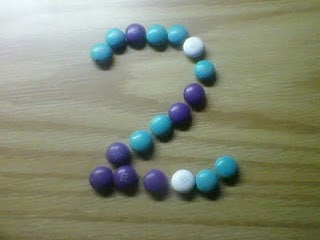