Like Junk Food Guy, I need to start unsubscribing from junk email. It’s really wreaking havoc on my dopamine receptors. I’ll open my iPod in ecstasy and see that I have seven new emails- ooh! Is it a book offer? A modeling contract? Does someone finally want to buy my third kidney off of craigslist? Oh, wait, nope, it’s a desperate promotional coupon for everything percent off from Radio Shack, when I was gullible enough to not give the haggard employee a fake email address. And a monthly newsletter from Krystal, the closest location a cool 643 miles away, or a now defunct film festival whose creepy emails contain no body, just a sad title. 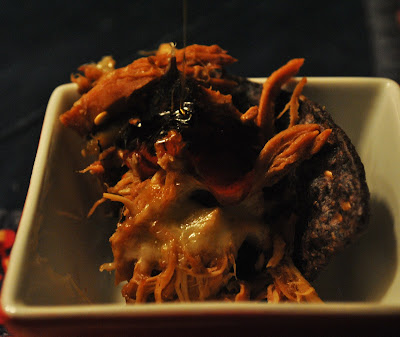 Lately the biggest offender has been Hot Squeeze, the hot sauce/slather that I might have checked out on Amazon in mid-2006, my sixteen year old self giggling mindlessly at the euphemistic name before clicking off to Neopets and AIM. For whatever reason, I ended up on the mailing list for this sauce and since then have received no less than three emails a month in spam-like proportions, with titles ranging from the downright non sequitur, like “how about a Hot Squeeze of summer” to subjects that would make Howard Stern blush. Today, I decided to buck up and try the damned sauce, if only to satisfy my boundless curiosity and unsubscribe from that mailing list once and for all. 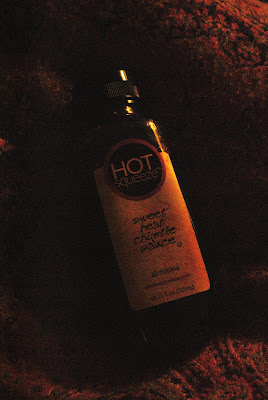 It’s an aromatic hybrid between a chipotle barbecue marinade and a smoky hot sauce. Loaded with red pepper flakes and boasting an almost malted scent from all the sugars, it seemed like it would go well with the raspberry jalapeno shredded chicken I’d made earlier that day. Eaten plain, it’s a bit overwhelming. It has an intensely umami-laden nose and flavor, with a base Worcestershire edge and a mild spiciness. Unfortunately, the “sweet” in sweet heat was a lie. It wasn’t sweet at all, but it did paired well with our nachos, lending a smoky flavor to the mild cheese and enhancing the fruit in the chicken. 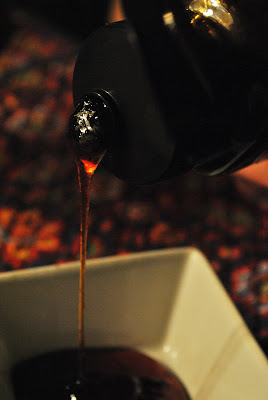 However, if sauces were woman, this would be the quintessential fat girl who hangs out with all the other attractive ladies in the refrigerator and makes them look gourmet in comparison. Somehow, that analogy serves to make me look even creepier. While I love a full-bodied sauce with a sassy, bold flavor, the texture of this is an absolute trainwreck. It’s chunky and viscous, with a property similar to mucous in that regardless of how you poured it, it seemed to want to shrink back to its original shape and adhere stickily to the chip or bowl. Très clingy. It left sticky, gummy trails of its sauce wherever we put it. The texture was a real turn-off for me. It’s a sauce that would be absolutely embarrassing to serve to guests, as it’s impossible to dip food in without having your dish turn into an interactive Sarlacc pit. 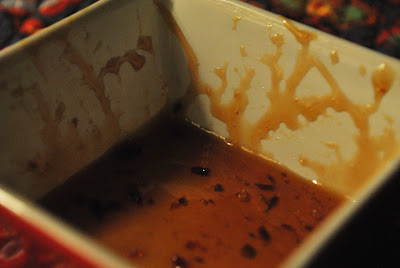 Hot Squeeze says it has hundreds of uses, but I believe that to be an insufficient claim as its limiting flavor profile confines it to only neutral and bland selections. While the flavor was excellent, I can’t see any other practical applications for it outside of using it as a cooking sauce as its stickiness would ruin everything else.