While I’m not really a bar person, I have a mighty, abiding appreciation for bar food. I’ve been known to enthusiastically down a handful of sweaty almonds and ignore the beer in front of me. I have no qualms ordering a burger at midnight to go with a gin and tonic nightcap. I’ll eat it all from the dingy leftovers in a bowl of salted peanuts to the etheral french fries served at my local gastropub. 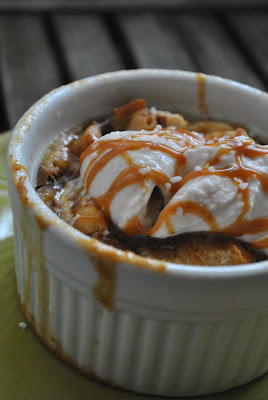 Above all, though, nothing stokes my fire like a soft pretzel. Rare is the bar that makes them and makes them well, so I decided to take matters into my own hands this rainy afternoon and make a dessert that combined my love of old-school bars, with sweet, boozy flavors, minus the increasing tab and obnoxious barflies. Lo and behold, Salted Scotch Pretzel Bread Pudding.

The pretzel bread was supplied by Pretzilla (more on them later) the consequence of issuing a challenge for me to try out their line of pretzel rolls. Challenge accepted, so off they went into the pudding, along with a layer of scotch-infused goat’s milk caramel on the bottom like flan, and a healthy slug of Glenlivet 12. 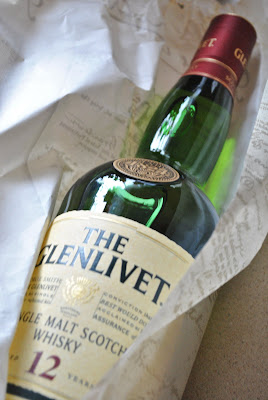 I considered busting out the Laphroaig for a smokier flavor but decided that that would be better for round two if the recipe worked out. And work out it did…it’s abundant with a lingering peatiness from the scotch, whose rough edges are softened from the sweet caramel sauce and spiced custard. We used a lot of scotch- you may want to use less for a slightly less aggressive flavor. Make it in the winter, make it in the spring. Make it when it snows. Make it for your grandfather’s birthday. Who cares? Just please, please try this out. And remember, the scotch is not optional. 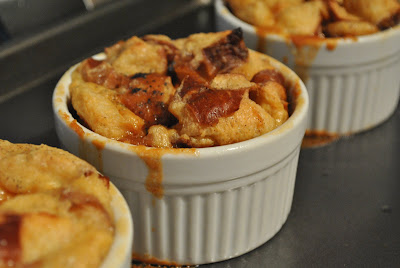 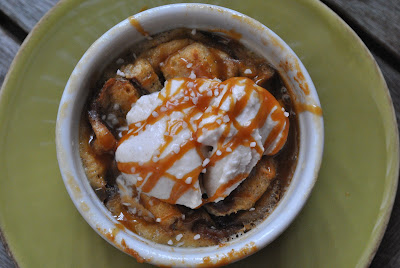 1. Slice and cube your pretzel rolls into one inch squares until you have roughly 2 1/2 cups. They should be big enough to soak up the liquid but small enough to eat in one bite. 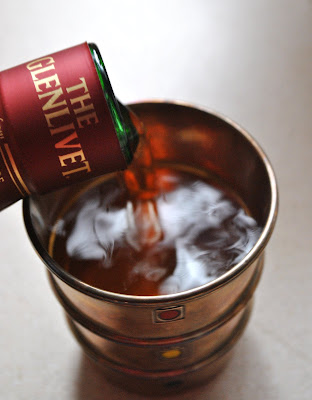 2. In a medium-sized bowl, beat your eggs and sugar together until they are pale yellow and smooth. While they are beating, heat up the milk, butter, vanilla bean paste, and cinnamon up on the stove until simmering. 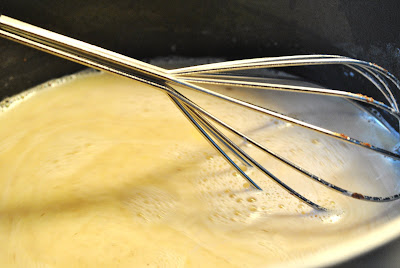 3. Turn the heat off and add the scotch to the milk mixture, whisking gently to combine. Add a small ladle-full of the milk mixture to the eggs while stirring to temper. Add a little more at a time until fully combined. You do not want to add it all at once or the eggs will scramble. 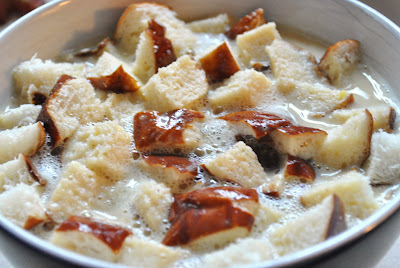 4. Once the eggs and milk are incorporated, dump in your pretzel bread cubes. Cover with plastic wrap and chill from 2 hours to overnight. 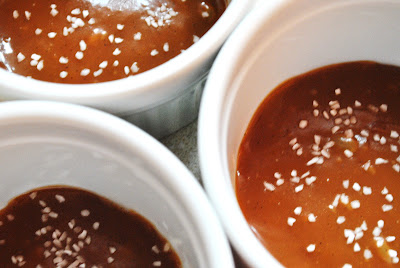 5. An hour before baking, prepare your ramekins by pouring a spoonful of the caramel sauce into each one, swirling gently to cover the bottom. Sprinkle with a little pretzel salt (I used the packet that came with the rolls. Kosher salt will do fine.) and set aside. 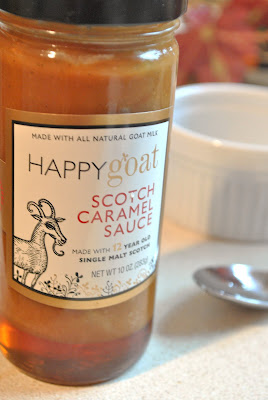 6. Preheat your oven to 350 degrees. Spoon your chilled bread mixture into the ramekins until they are filled to the lip, roughly an inch from the top. Place on a baking sheet and bake at 350 for 25-30 minutes, or until the ramekins can be gently shaken and not jiggle inside the container. 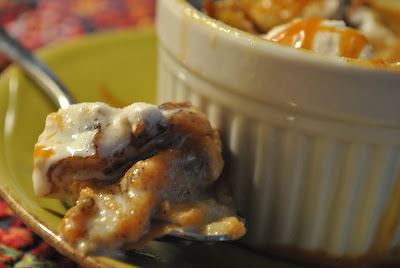 7. Take out when crisp and firm, and let cool for 15 minutes. Top with additional caramel sauce and pretzel salt and serve with vanilla gelato. 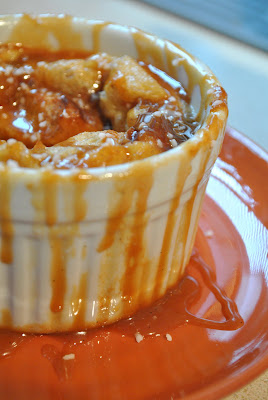 Really, why would you ever want to go to a bar again? A shot of scotch with one of these and you’ll be set for the evening. I’m crazy about this. I’m already planning another version with candied peanuts, bacon, and IPA. Stay tuned!