Sometimes, treats come in that I’d just love to share. Whenever popcorn comes in, I know it’s time to give my Dad a call, and when anything with meat or cheese arrives at the door, the Bedfellow is mysteriously present. Gummies are a tough one, though. Nobody I know really enjoys them like I do, so when they come in, I typically have to eat them myself or coerce a willing participant into enjoying them with me. I swear, the fringe benefits of being my friend are ridiculous, if you’re not a total asshole. 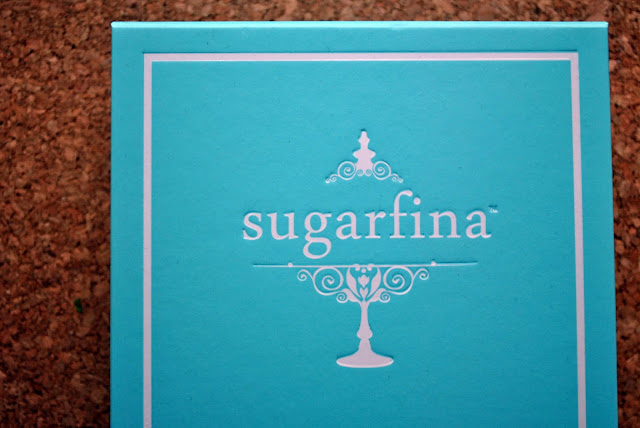 Recently, Sugarfina sent a gorgeous box filled to the brim with gummy and chocolate candies, sourced from France and Germany. These are unique because they’re impossible to get unless you’ve got ties to the gummy mafia or are in the candy industry yourself, as they’re made for the company under different names. So in a sense, they’re gummy curators. They sent over a very Foodette-ish selection, the bulk of which I’ll present in candy pornalicious fashion here. 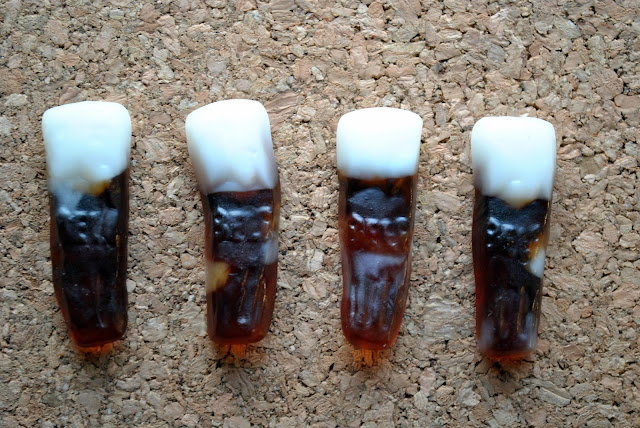 The Belgian Ale gummies were my favorite, by far, although from the convincing taste, I’m still not quite sure if they were gluten-free. The flavor was fantastic, with a very fruity, malty bite right at the start, very tangy, with a yeast-flavored edge. I don’t know how they did it, outside of actually infusing the candy with beer. Not only does it taste like a beer, it tastes like a good beer, one I’d actually drink. It only adds points to the fact that each gummy is shaped like a foamy beer stein, with a marshmallow cap at the top. Likely one of the most unique products I’ve had all year. 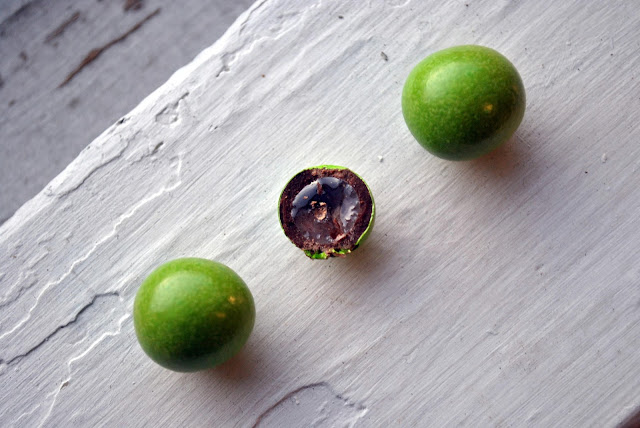 They sent a boozy chocolate, too, the Absinthe Cordials. The construction of these was interesting. From what I discerned, the absinthe syrup center was coated in a mint sugar candy, surrounded by milk chocolate, and yet another hard, green candy shell. A crispier candy than one might expect, with a very convincing mint flavor, though as a former frequenter of absinthe and its friends in Parisian bars, I’d liken this to more of a pastis flavor, as the licorice doesn’t come out as much as I’d like, but could also argue for the absinthe as it is bright green and does have a grainy crunch reminiscent of a sugar cube in absinthe. So clever. 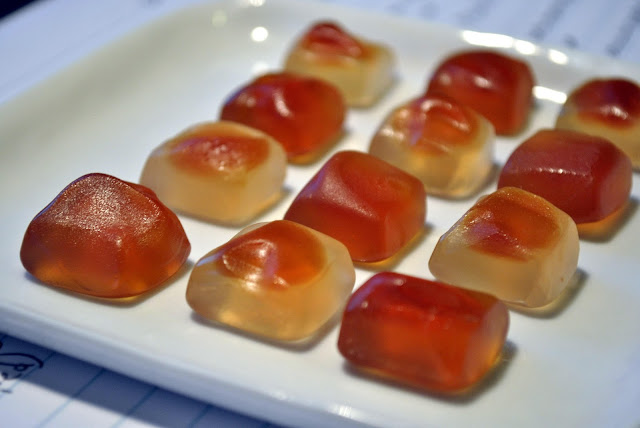 The final cocktail candy came out a little squished in appearance, but are ridiculously fun to eat. The Cuba Libre gummies are firm and jellied pyramids of alternating cola gummy and rum gummy, with a semi-liquid gel center of rum. The rum renders them piquant, the cola makes them sweet. There’s a spiced tang to them that really evokes drinking a cold, icy cocktail, and each gummy is perfectly bite-sized. I love them. These would be the coolest party favor. 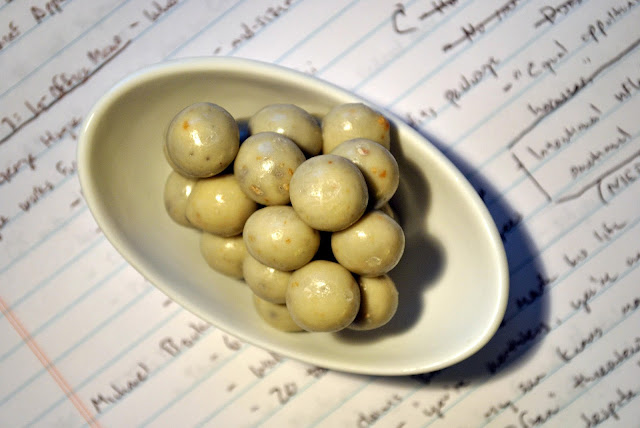 Bacon white chocolate pretzel bites were next, which I did admittedly eat despite the better judgment of my stomach. It wasn’t worth the headache, unfortunately. While white chocolate is a unique base for a bacon-based treat, it was the predominant flavor and lent a dysfunctional sweetness to the candy that even the salty bacon couldn’t balance out. 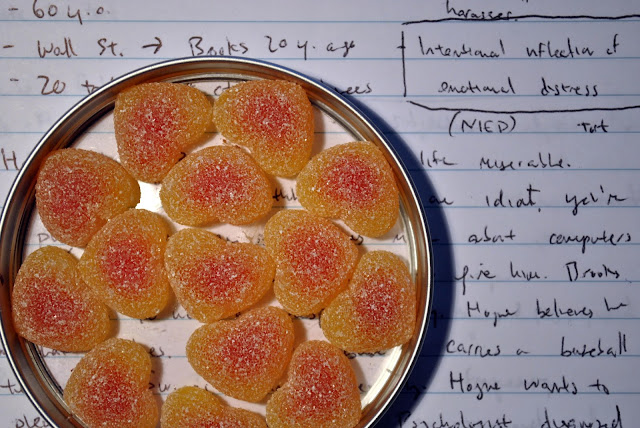 The sugar peach sweethearts were next, and were the perfect treat to eat while studying intentional infliction of emotional distress and celebrating the end of summer. They mimicked everything fun about a ripe peach- a little fizzy fuzziness in the sour sugar coating and center, and a very perfumy, floral, yet honeyed flavor. Cybele at CandyBlog reviewed these, and said they were like “little miracle pieces” in how deftly they encapsulated the fruit, which I found quite apt. 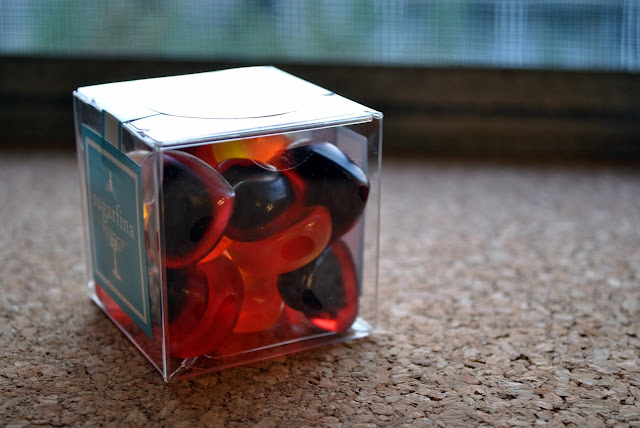 I only had enough in me to try these five, but I still have five more to go through! I’m all sugared out. More tomorrow!

One thought on “Sugarfina Part I”