Like envisioning a post-apocalyptic backdrop in which our dinosaur overlords taunt us with what once was food as we choke down our pellet diets, it is difficult and panicky for me to visualize a town where the only viable quasi-Mexi option is Taco Bell. Suffice to say, the days of both Taco Hell, Schlocko Bell, and jokes lifted from 90’s topical jokebooks where the punchline (lunchline?) is always “looking for a byte to eat” because haha, computers, are OVER FOREVER. 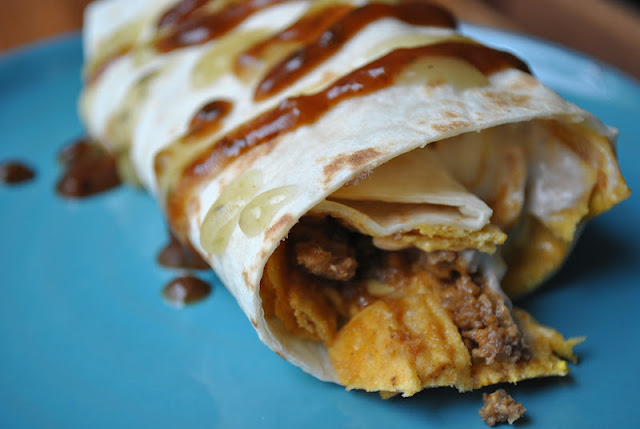 I mean, sometimes they’re just so predictable. I used to be able to diagram Taco Bell’s new formulations in the same way that I diagram logic games. For instance: Taco Bell uses seven ingredients, Guacamole, Fresh tomatoes, Hot sauce, Imaginary steak, Jalapenos, Krunchtastic Chips®, and Lard to make four items, Qrazy Burritos®, Rollitos®, Stufftwiches®, and Tacos®. If guacamole and tomatoes are in a taco together, there can’t be any lard. No Rollito® can have more than three components. If a Stufftwich® does not have Krunchtastic chips®, it must have Imaginary steak. Each ingredient can be added one time to multiple items. No items have less than two ingredients. And so on. 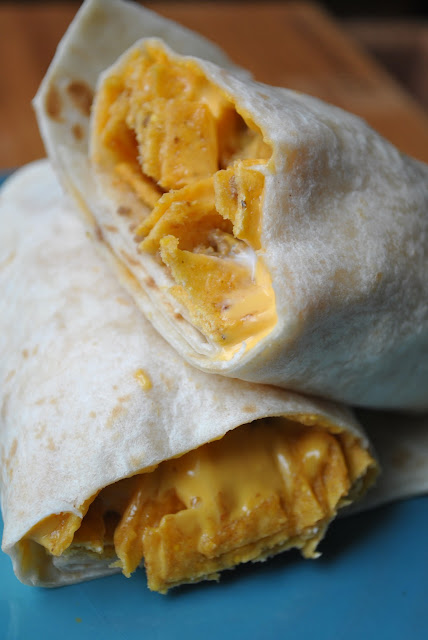 However, with the release of the Doritos Tacos Locos and the newest member of the gang, the Beefy Nacho Burrito, I’m confronted with more than one wild-card element. Queso strips? A Dorito-laced taco shell? Where do those fit in? In the case of the Beefy Nacho Burrito, chips make a surprisingly successful addition to an otherwise blase burrito- that is, only if they’re not inside it. The core structural problem with the BNB is that, like its spicy predecessor, the Beefy Crunch Burrito, unless you live inside a Taco Bell or are eating it in the store (an awkward moment for anyone with a camera who, like me, intends to take photos) it inevitably turns into a monolithic, soggy mess as soon as you get back. It’s salty, sauce-heavy, and tasty, but in both cases, they present an issue I never thought I’d have: too many condiments. 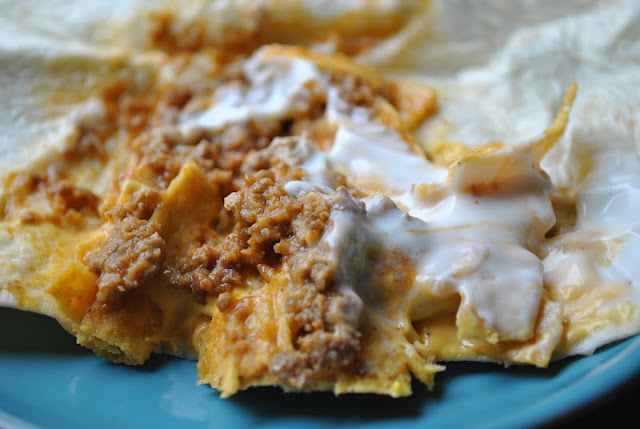 The end bites are predominantly tortilla, cheese sauce, and sour cream. If you’re lucky, a few errant pieces of ground beef will be in there, too. I thought that this had a better balance of spices and heat than the Beefy Crunch, because the addition of Volcano sauce (which might not be standard) made for a more up-front spiciness and lingering heat. Perhaps this would be better if given the McDLT makeover- keeping the hot side hot and giving you a bag of strips like croutons to sprinkle on a few seconds before ingestion would solve the textural inconsistencies, but still eliminates convenience. Taco Bell R ‘n’ D- make some thicker chips! Or spray them with a nacho cheese-flavored hydrophobic coating. 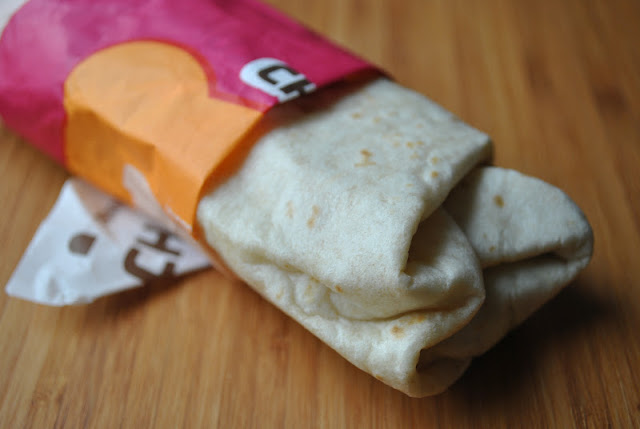 I will say this- the combination of Volcano cheese sauce, ground beef, and sour cream evokes the flavor of nachos, I guess, in the same way that looking at porn is just like having sex. To their credit, this is a passable alternative for nachos if you’re driving* and need to eat nachos**. Besides, by the time the actual nachos get to your clumsy hands, they’re already soggy from the condensation. It’s nachos lite, because the the tortilla strips are rendered as soft and pliable as the tortilla surrounding it. You can see them in the burrito, but in all other senses they don’t register at all. Which is why I asked for a separate bag of them to taste- exactly what do Queso Strips bring to the table? 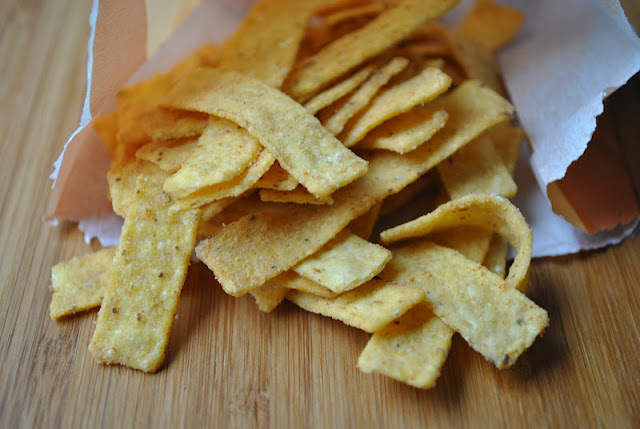 They taste identical to the Four Cheese Doritos, now discontinued in the States but flourishing in Canada as far as I can tell, which leads me to believe that these exotic export hail not from sunny Mexico, as all Taco Bell items obviously derive from, but from our neighbors above. They’re thin and crispy, seemingly thinner than the Doritos here, with a mild, creamy cheesiness, like the powder that comes in boxes of mac and cheese. I think I enjoyed them more than the burrito itself. As for that, it’s a fun novelty, but not much else. Get some Queso Strips and sprinkle them in yourself if you must***.