I’m food negligent. Maybe you’ve seen it before. The truth is, I’m not good at food. Not ‘food preparation,’ I’m great at that. Not ‘food eating’- that speaks for itself. No, I’m talking about the wild, ephemeral, time-sensitive concept of general ‘food.’ And the thing at which I suck. I go grocery shopping maybe once a month, sometimes on my own, sometimes with The Bedfellow or my Mom, like today. And I get a lot of food. Plenty of staples, healthy snacks, ingredients for recipes, condiments. Shopping feels great, especially when there hasn’t been a lot of food in the house and I’ve spent the last four days making variations on ‘Bean Mustard Rice Chex Taco Surprises’. (The surprise is the lack of flavor.) 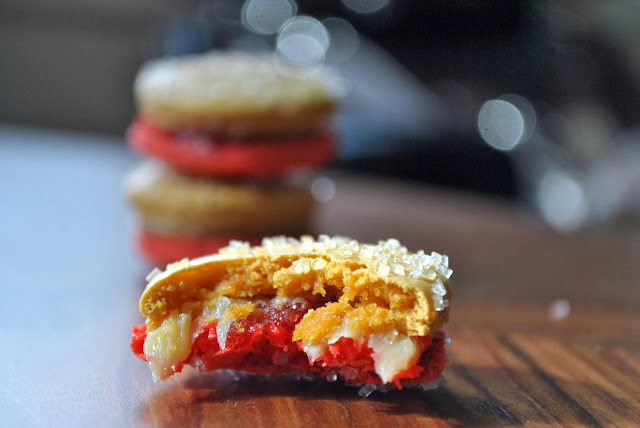 But seriously, the moment I leave the apparently sterile, cryogenic arms of the temperature-monitored grocery store, I start freaking out. As I’m putting the pasta into my cupboard, or am carefully wrapping the chicken to freeze for later, I panic. What if my freezer isn’t cold enough? I wonder, checking the temperature for the eighteenth time, moving aside buffalo steaks and duck breasts that could bludgeon a grown man to death. How do I know my vegetables are okay? I worry, staring at the crisper drawer like it’s a petri dish filled with herpes. I take an apple, a sushi roll, and a round of goat cheese out. Because you are with me, I think, you will die sooner and sadder than you would in the hands of a normal person. After all, they have to share top billing with the other food that comes and goes in my life. It’s never just goat cheese- it’s six different kinds of aged goat cheese, with a wedge of cheddar and St. Nectaire for the sheer hell of it. 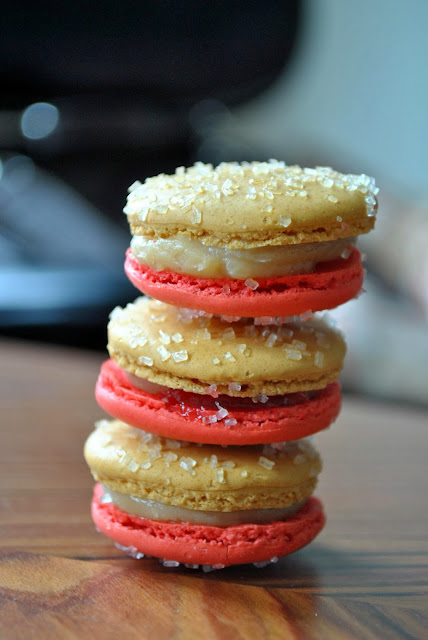 I’m so sorry, organic polenta. We were doomed from the start.

And it compels me to eat the sushi and the goat cheese for dinner and lie awake in bed at night, worrying about the ribeye. What will happen to them? How can I take care of them, like delicious, spoiling babies? Some foods are easy. Most foods are hard.

Macarons, on the other hand, are not hard. I don’t need to worry about keeping them fresh because they’re typically gone before you can say ‘Ladurée.’ They’re French, they’re gluten-free, they’re customizable in a myriad possibilities, and they’re absolutely ethereal if they’re done well. If they’re done well. On this side of the pond, people have taken a quintessentially American approach, swelling the delicate, crispy biscuits into meringue-sized blobs with buttercream oozing out the sides, or relegating them to novelty items prettier than they taste, where the paper they’re on is more nuanced than the pastry itself. They tread a line as delicate as their cookie shells, and luckily, Sucré makes them perfectly. 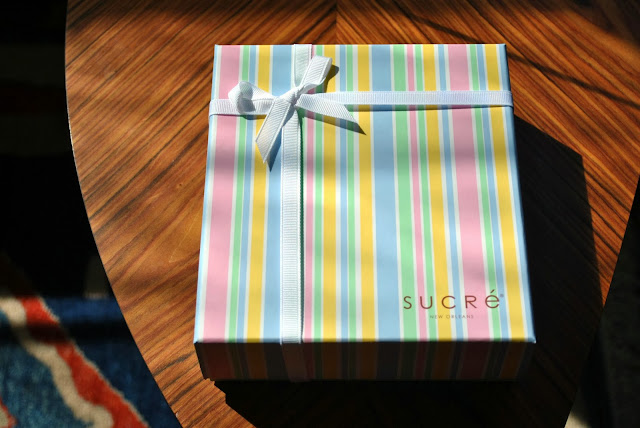 I was sent a box of their PB&J macarons in time for school, though if you’re sending your kid to lunch with these, be prepared for some serious Ralph Lauren wedgies. These are impeccable- a faintly floral strawberry shell with a dollop of thick, oozy jam and a rich, salty, peanut butter buttercream. Even the French, professed peanut butter haters, would swoon for these. The macarons are coated in sparkly sugar, which, though pretty, admittedly throws them from savory, which I prefer, to decadently sweet.

Want a box? I’m holding a Twitter contest for a box.

Just retweet this: RT: “Give me your macarons, Foodette! http://bit.ly/pbjmacaron” 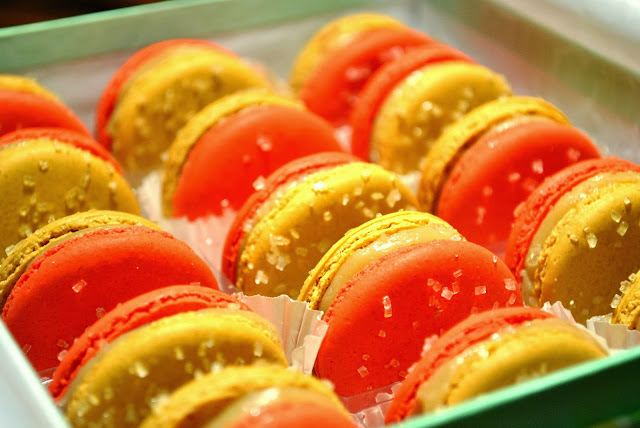 And you could win! I’ll collect the entries on Tuesday, October 1, and announce a winner! If you don’t want to wait, macarons and other delicious treats, like king cake, can be purchased online.