Last month, Dillinger and I took a trip out to Mohegan Sun for their first annual Sun BBQ Fest. It was a pretty unique sight to see- the entire outer west part of the casino had been transformed into a Southern-style barbecue festival! For New Englanders like us, we were excited to sample some of the country’s best smoked meat from Illinois, Texas, South Carolina, and Arkansas. We received tickets with our press passes to sample a little of everything the festival had to offer. We started at the produce stand, where vendors sold all sorts of farmer’s market treats from Connecticut strawberries to miniature heirloom potatoes. 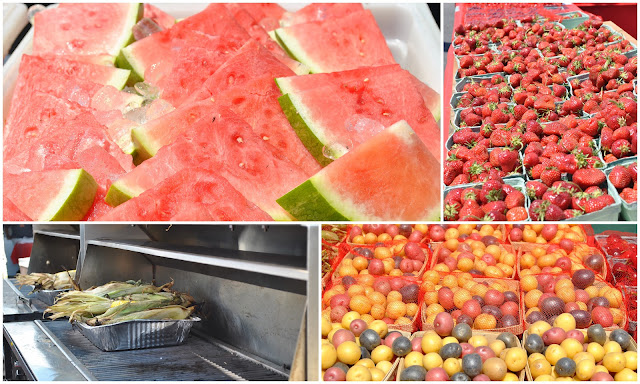 We sampled the fresh watermelon, quenching and a best-seller on such a sweltering day, as well as the grilled cobs of corn. Both were sweet, soft, and very tasty with sea salt and pepper. (Watermelon included!) The farmer’s market selection was quite varied- I would have loved to take some of the baby artichokes and sweet tomatoes home for supper. 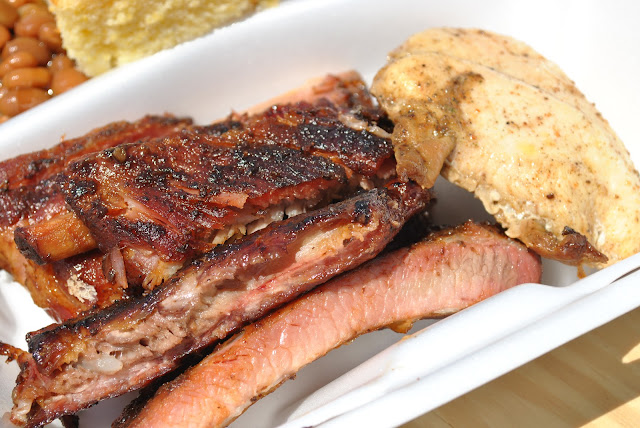 But we were here for business, barbecue business at that. Our first stop was to the Big Boned Barbecue Company’s stand, out of South Carolina. Their combo plate included short ribs, regular ribs, a chicken breast, and two sides, cornbread, and baked beans. The ribs, which looked tantalizing from the big smoking grill, were served unfortunately lukewarm, but were tender as all hell and intensely flavored. They went exceptionally well with the habanero barbecue sauce on the side. The chicken was, to its credit, moist and tender, but basically served as a sauce carrier. The beans and slaw were fine, but not too outstanding and the cornbread a hair too sweet. Still, an excellent start to the day. They were also the friendliest stand- no small feat at 9AM! 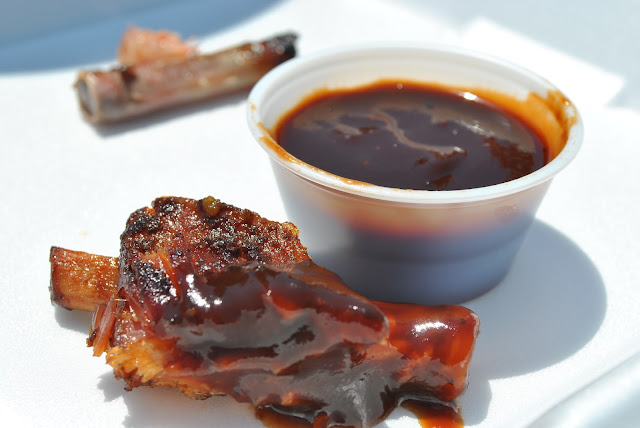 Our next stop was to the Texas Thunder booth, whose claim to fame was an enormous, gun-shaped smoker belching smoke at timed intervals. Unfortunately, the same could not be said for their ribs. Sticky after a dousing in sauce, they were chewy and tough and lacking in flavor. The beans were excellent, but the slaw and cornbread were both inexplicably sour. The Texas toast on the side, untoasted, chewy white bread, was something a Yankee like me could have made. Frankly, I expected better. Dillinger and I took a break out of the hot sun (Mohegan Sun was kind enough to provide your Nordic-skinned critic with heavy-duty sunscreen!) and checked out the casino stores. Yankee Candle’s Mandles provided sheer minutes of entertainment. 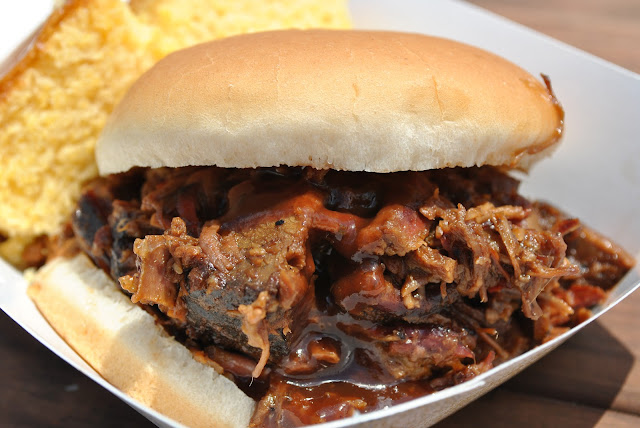 After a few laps around the casino, all was redeemed with the chopped brisket sandwich from Uncle Bub’s BBQ out of Westmont, IL. I could have eaten three of these sandwiches and left happy. I fancy myself a decent brisketeer, but this put mine to shame. Tender, sweet, and hot with a crispy crust, this was complimented by the spicy sauce but not overwhelmed. Being that there was about a half-pound of meat on the bun, a good deal of it fell out of the sandwich in the process. All the better to eat with the cornbread, sweet, buttery, and soft. This sandwich made me wish we’d done a massive brisket sandwich throwdown! Perhaps next time we’ll go that route. 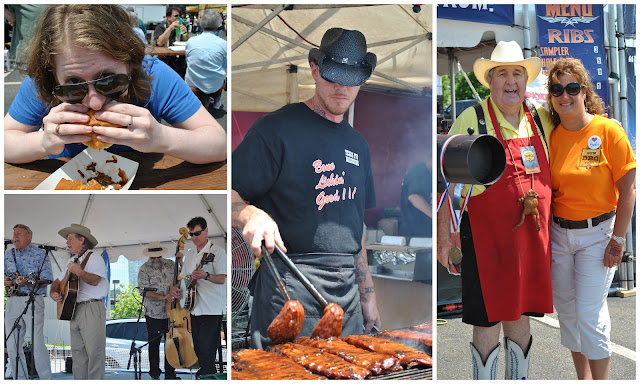 It was a great trip. Tons of people came out to the festival despite the heat, and there was plenty of entertainment to enjoy when we weren’t eating- bands, vendors, and rum shots served out of a Sailor Jerry vintage trailer. I highly recommend it if you’re a landlocked Yankee craving the flavors of the West- it was definitely a unique experience! 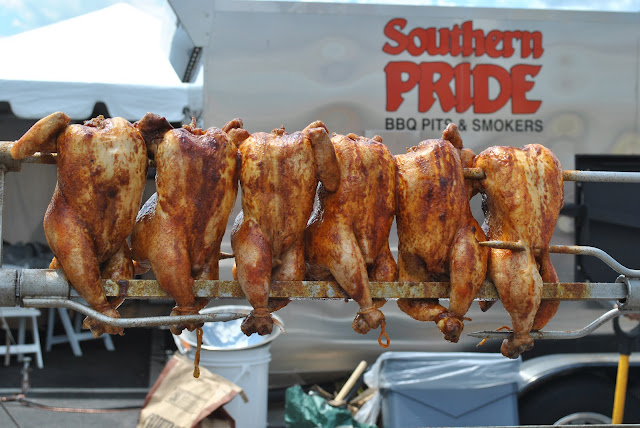 And the best part of the trip? Bonus surprise Coke Freestylin’ Freestyle machine on the way back. Mohegan Sun, can I move in with you? I could live off of Orange Cream Fanta, Raspberry Lime Coke, and Cherry Lime Hi-C for my remaining days. 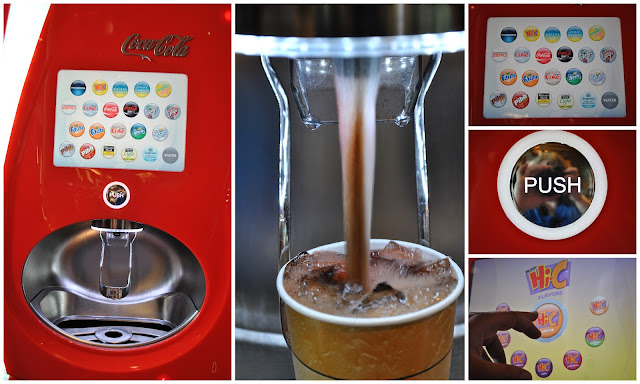 Check this out next year- Mohegan has been doing some crazy awesome food and wine events, and this is one you should not miss. Thanks again to Mohegan for having us check this out. We can’t wait to get our BBQ on next year!