Excessive? Nah. Not here. There’s a world of foie gras and French fries out there to explore. In comparison to the rows of éclairs at the bakery down the street and the wafting scent of waffles rising up to my apartment, this sandwich almost seemed pedestrian, or dare I say, healthy- in comparison. To celebrate completing most of my law school applications (!!!) I made dinner at home tonight, using up some nectarines and chopped bacon and part of the Poilâne loaf I’d purchased earlier in the week. My mission? A killer panini. 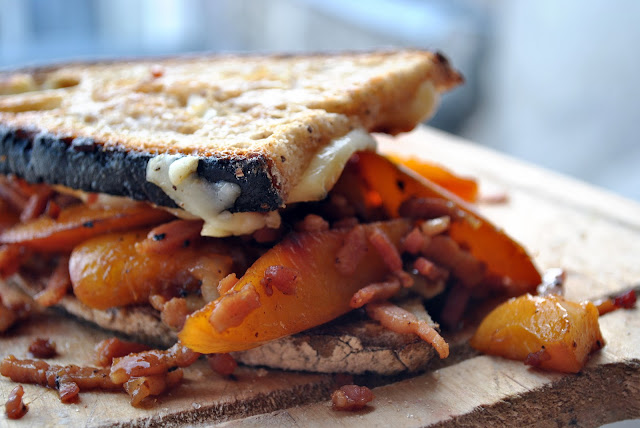 You wouldn’t expect to see panini in Paris, but they’re as common as croissants in some areas and street corners. While doing some photoresearch for my latest blog, Dogs of Paris, (check it out!) I got a craving for the filled baguettes and savory sandwiches and decided to go home and make one of my own. I started out by tossing sliced nectarine in cane sugar, salt, and pepper, then caramelizing it in rendered bacon fat. Deglazed the pan with a little Riesling, and smashed the whole thing between two pieces of Polaine’s famous brown bread and a few slices of Cousteron cheese. Nom. 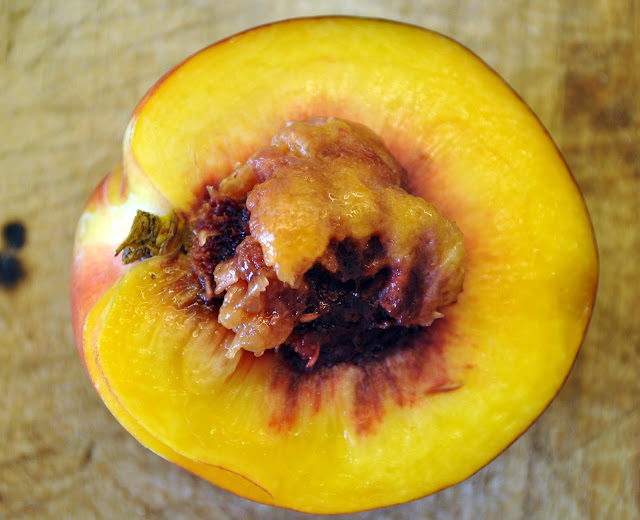 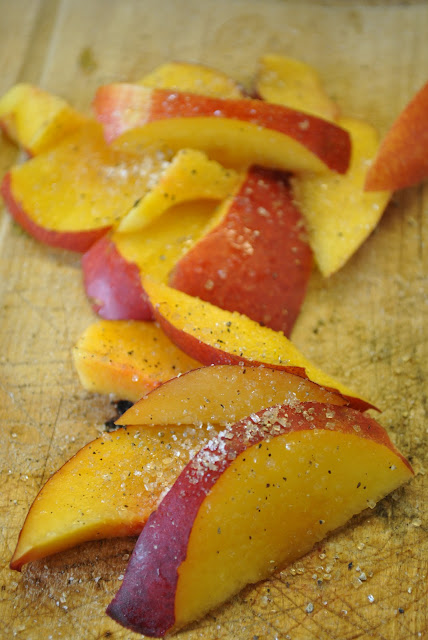 1. Spread the butter on the bread and sprinkle cheese on each slice. In a medium-sized saucepan, start frying the bacon over a low heat, rendering the fat out and crisping it. Sprinkle the nectarine with sugar, salt, and pepper, and let sit for five minutes. 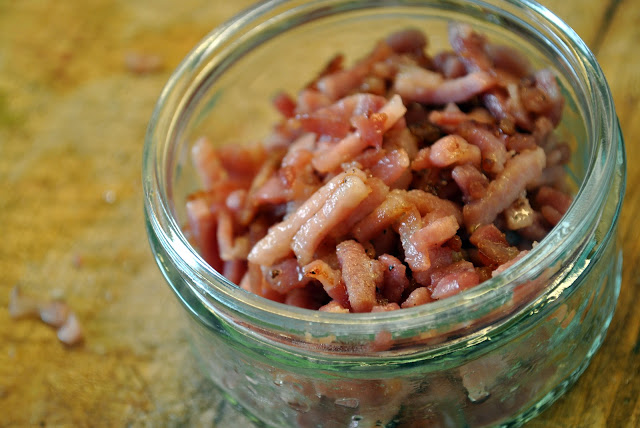 2.  Put the bacon on a plate, leaving the fat in the pan, and cook the nectarine over medium-high heat until soft and caramelized. Toss with the bacon and deglaze the pan with Riesling until it is reduced and forms a pan sauce. 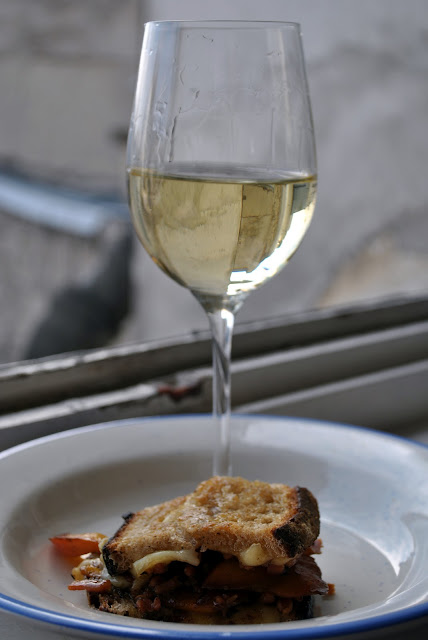 3. Spoon the toppings onto the bread and sandwich together, grilling until outside is toasted and cheese is melted. Serve warm with sauce on the side for dipping. 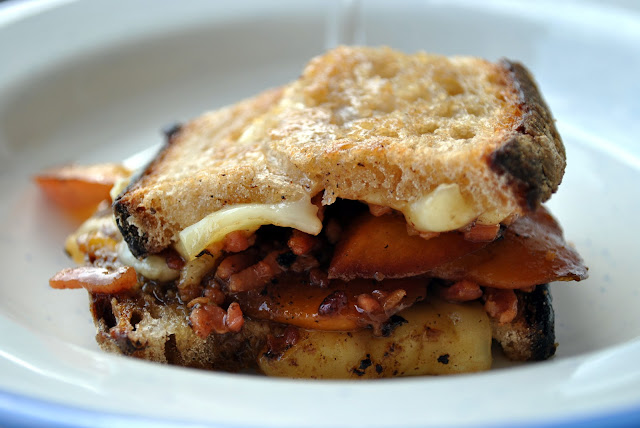 Riesling won’t know what hit it! And neither will you.

One thought on “Roasted Nectarine, Riesling, and Bacon Panini”