In a brief editorial by ‘First We Feast,’ the author decries the classic stereotype many people have about ethnic cuisine- we want it, but we don’t want to pay high premiums for it. In assuming that position, the food and the culture creating it is cheapened, relegated to a lower premium than steak or more European restaurant fare. The worth of Asian and Mexican cuisine can be just as high as that of Italian or French, as seen especially in restaurants like Shang Palace, with a level of authenticity as high as their less expensive counterparts. With this in mind, I was curious to try Besito, a John Tunney restaurant in West Hartford based on high-end, but authentic Mexican cuisine. 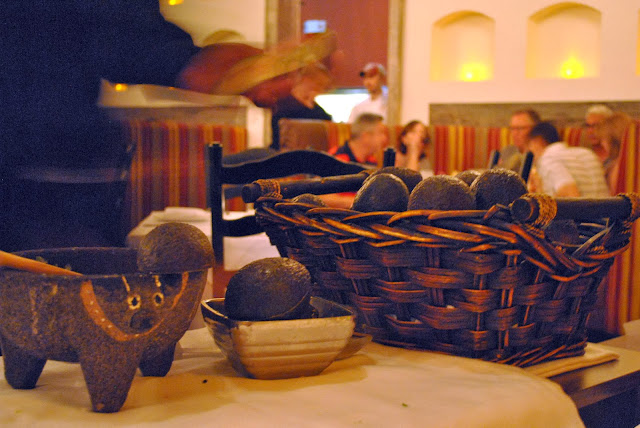 Besito’s complex and varied menu is tempered by their usage of appropriate ingredients that manage not to be appropriative, keeping the quotation marks and translations out of the picture. We started with an order of chips and salsa with tableside guacamole, and two cocktails. 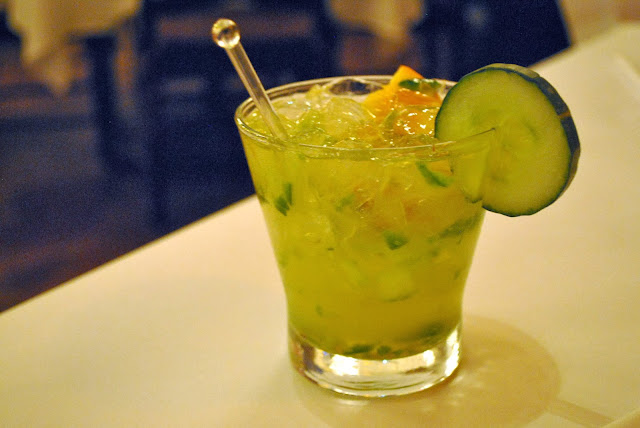 I was pleased to receive a heads up about the flavor of my drink, the jalapeno margarita, as well as an offer to omit the agave syrup to tone down the sweetness. A smart choice, one that I recommend be implemented permanently, as the orange juice and tequila were enough to contrast the spice of the peppers without crossing over into diabetic territory. 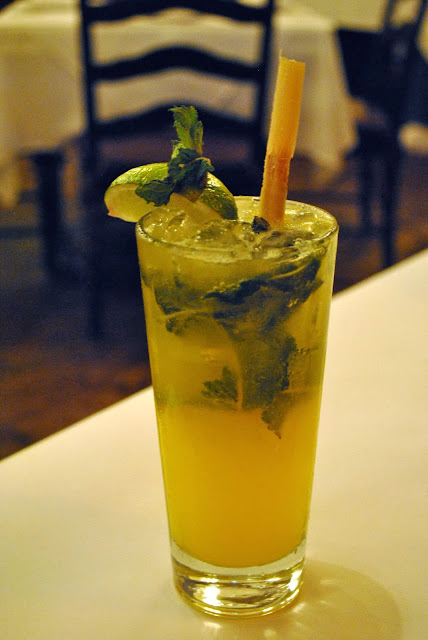 The Bedfellow’s margarita mojito, while attractively presented with a cane sugar garnish, was weak and diluted in flavor and booze, the mango nectar barely detectable and sickly sweet from the club soda. 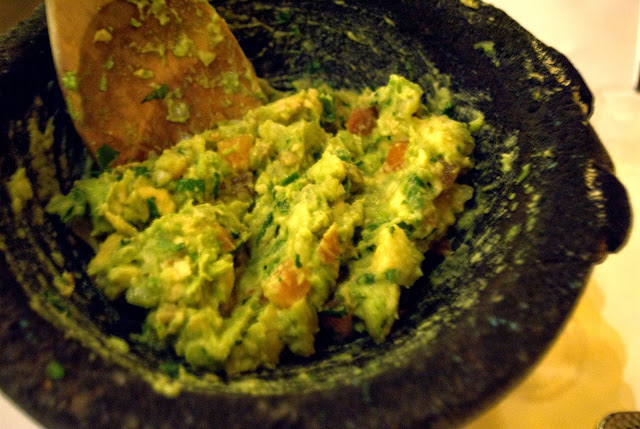 We made short order of the tableside guacamole, prepared carefully to our specifications. With spices, I have reached a rough agreement with the Bedfellow, and held my tongue when our waiter offered to add more spoonfuls of jalapeno. However, there was something missing in the flavor. While the attention to detail was obvious and appreciated- our server went through two avocados before he reached the one he would use for the guacamole, neither ripe enough for the dish, the flavor was muted and lacked an essential acidity, perhaps best enhanced by the inclusion of lime juice or red cider vinegar. 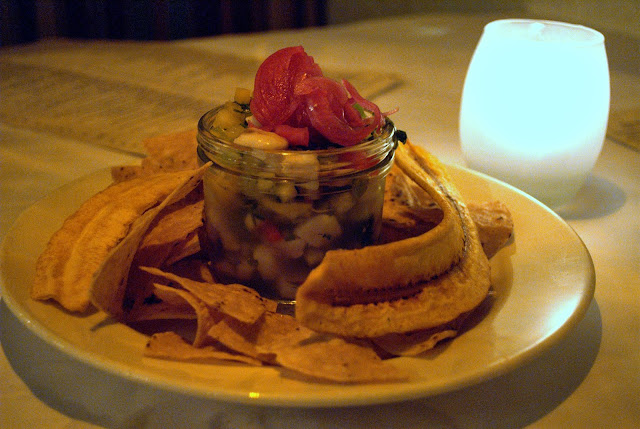 An order of ceviche, promisingly described by our server, was average at best, better described as a fruit salsa with slices of fish than a proper ceviche. The plantain chips were chewy and oddly sticky, and the mahi-mahi had cooked too long in the pineapple and lime juice, leaving it tough despite being infused with flavor. 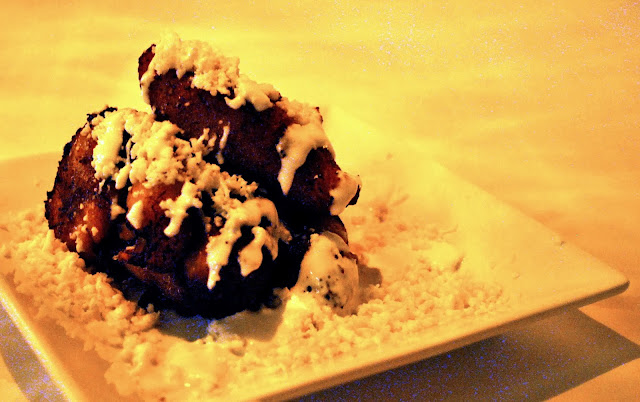 Creamy plantains, dusted with a shaggy coating of queso fresco and drizzled with crema, were a marvelous counterpart to our tacos. Fresh from a read of Pete Wells’ essay decrying the pre-assembled restaurant taco, I was pleased to see that the tacos at Besito, in contrast with the beauty shots on the restaurant website, were presented in parts- a skillet of tender, fruity pork, a selection of colorful, but mild sauces, vegetables, and a basket of warm corn tortillas. The al pastor, admittedly not as cohesive as the local taco stand down the street from my pied-a-terre, was fragrant and tasty. Despite the assortment of toppings, we found the most satisfying combination came from the sides, with a helping of pork, salsa, and plantains piled atop a tortilla. 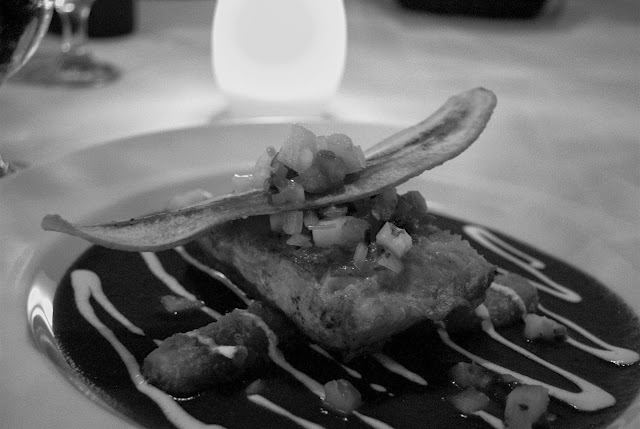 The salmon was transcendent, though I should have asked and would have preferred the option of having it cooked rarer than was presented. With the sweet mole and crisp slices of plantain, all was forgiven. We fought over the last morsel of crispy skin and sopped up the remaining sauce with leftover tortilla chips. Additionally, The Bedfellow’s second cocktail redeemed the weakness of the first. The inclusion of acidic pomegranate and tangerine juice in the classic margarita mitigated the sharpness of the alcohol, which packed quite the punch. 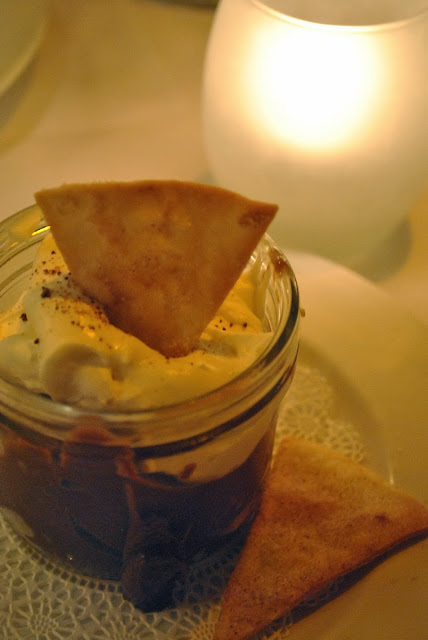 Sweet salvation came in the form of a chocolate budino, a pudding I initially considered a consolation prize while salivating over the slab of tres leches cake the Bedfellow ordered, but to my surprise, the pudding reigned supreme. The bush-league blob down the side left much to be desired. It carried a luscious, nuanced flavor thick with the notes of single-origin chocolate: black pepper, licorice, and currant most present, and was topped with a rich, unsweetened whipped cream dusted with cinnamon. I scraped the bowl clean. 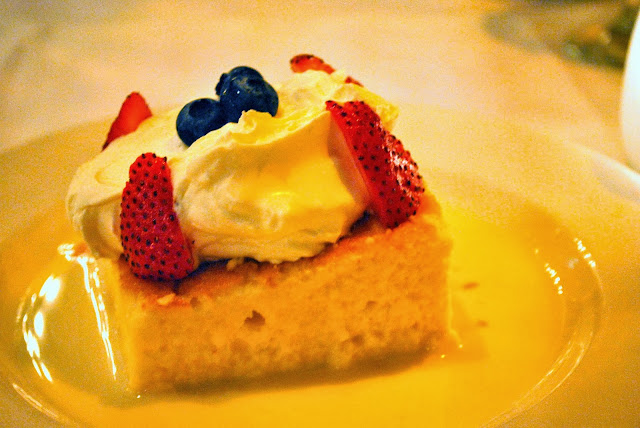 The budino was in unfortunate contrast to the tres leches cake, which, despite its sopping-wet interior, was upsettingly dry on the inside and sickly sweet. I was not privy to a taste, due to my allergy, but the Bedfellow was unable to take more than a few bites before the cloying sugar overwhelmed her palate, forcing her to retreat back to her espresso. 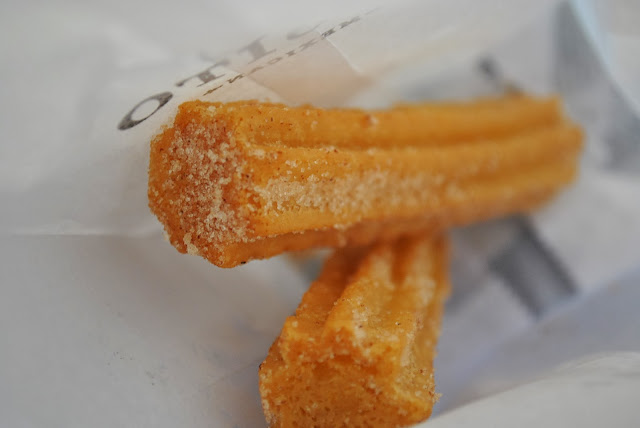 Upon our exit, we were presented with a small bag of churros for breakfast and two sweet worry dolls as a souvenir of our visit- a very attentive and charming touch. There is no disputing that Besito is good, despite a few technical flaws, but is it good for the price? Unfortunately, the answer is no. We were lucky enough to be comped for our food and first round of drinks, but the average diner will leave Besito with a tab of roughly $40 for a similar meal. If one orders carefully, the meal can be impeccable, but the level of dishes that simply did not impress leads me to believe that some aspects, prices included, need tailoring before this can rise to the level of Shang Palace precision. 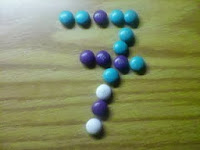