I am not the most observant Jew. Case in point, posting about Franco-prepared pork on Yom Kippur, albeit two days after I actually made it, still makes me look like a halfhearted Sasha Baron Cohen progeny. Even if I told you I was fasting today, my flagrant offense of everything Jewish ever makes it pale in comparison. Still, it goes without saying that when steaks run up to $24/pound and when frozen chicken breasts swallow the bulk of your birthday money, seeing a 2 lb. pork shoulder for 4 Euro means that you put your money where your mouth is and eat like a queen for four days. Hence, Carnitas Francaises. 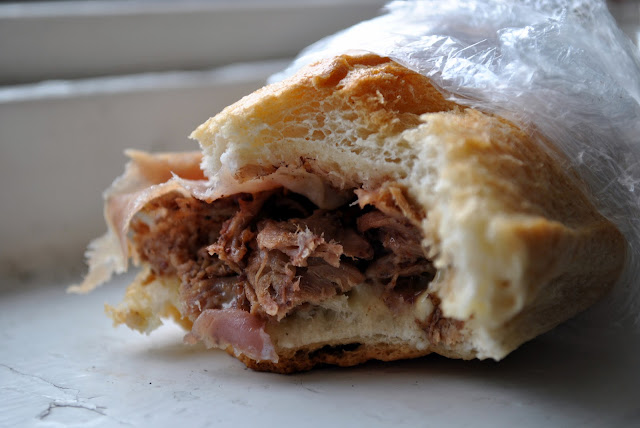 Two pounds, four Euro. And to think that all that I had to do was roll up my sleeves and hack at this sucker with a serrated knife like my life depended on it. After trimming and removing the skin and most of the fat and filleting the meat from the bone, I ended up with roughly 1.25 lbs of tender meat. I knew I wanted to make carnitas on the stovetop, and I also knew that I wanted to have a spicy, but distinctly French flavor profile, so I made a spice blend that incorporated all of those components. 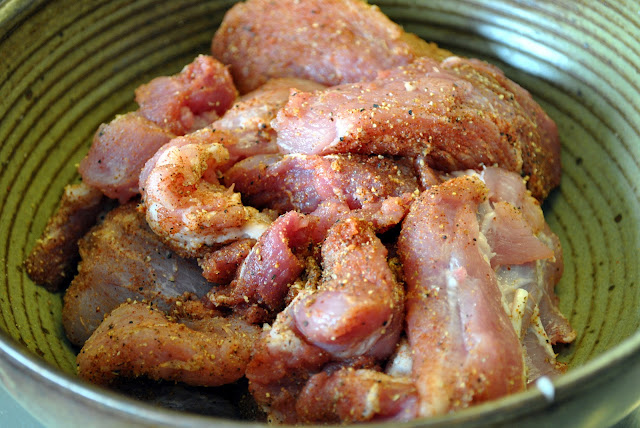 The result, after three hours of simmering and twenty minutes of frying and chopping, was transcendental. Roddy, here’s that Franco-Mexican fusion we spoke of. Sheer, tender delight in miniscule shreds accompanied by a quick gastrique. I had every plan to make this into tacos, buy or make tortillas and eat it over the period of a few days, but its allure ensured that that never came to fruition. I ate it plain, slathered with its spicy, fruity sauce, on baguette, on white bread, but never on tortilla. However, there will be another time for this, that much I am sure of. 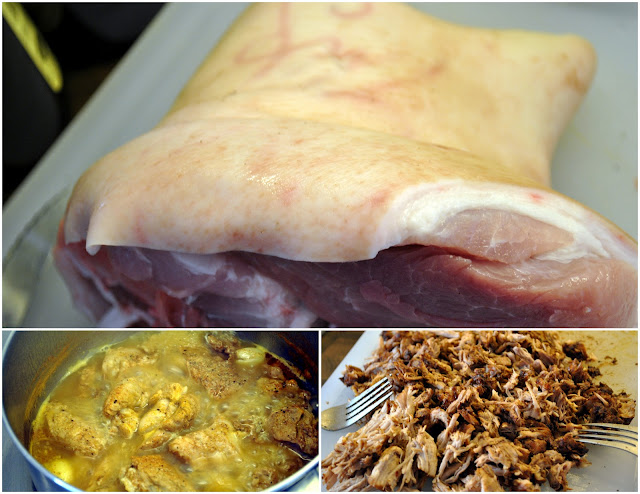 1. Trim, debone, and cut the pork shoulder into small  pieces, roughly 3-4 inches long. Heat a pot with roughly 3 cups of water on the stove on high.

2. Mix the spices together and toss to coat the pork. When the water is boiling, put in the pork and lower the heat to a simmer. Let the pork cook for 2-3 hours uncovered, or until all the water is evaporated.

3. When the water has evaporated, the pork will start to caramelize and fry in its own fat. After the pork is brown, remove it and let the bottom of the pan continue to brown. Pour in the wine and deglaze for a few minutes until reduced and toss in the pork again, allowing the wine to cover the meat. Remove the pork and shred. 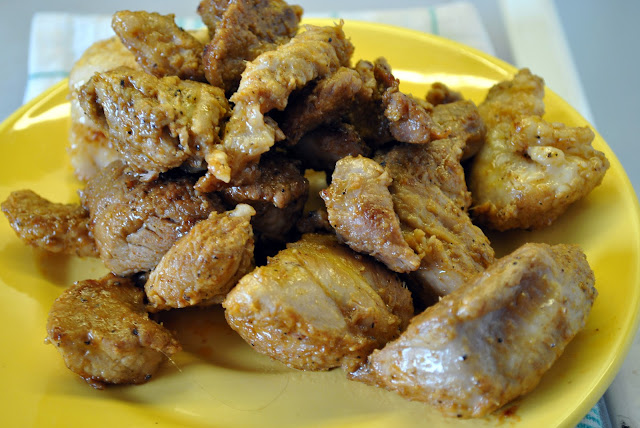 1. Let all ingredients simmer in a saucepan until reduced and thick. Stir frequently. Keep in a sealed container for up to 4 days.