Paris is too iconic. There, I said it. Walking down the average street in Paris is like walking down a side street in your hometown, a little voice in your ear saying, “Yo, someone was murdered here. I think it was the mayor in 1953. And your high school was where the Declaration of Independence was signed, right there in the place where the abandoned bathroom is. Also, that nail salon? That’s the oldest nail salon. In the world. No biggie, though, you can just walk on by, you boor.” With so many amazing things to check out, I almost feel badly not going to most of them every day. But hey, Monoprix is a classic Parisian institution, too. 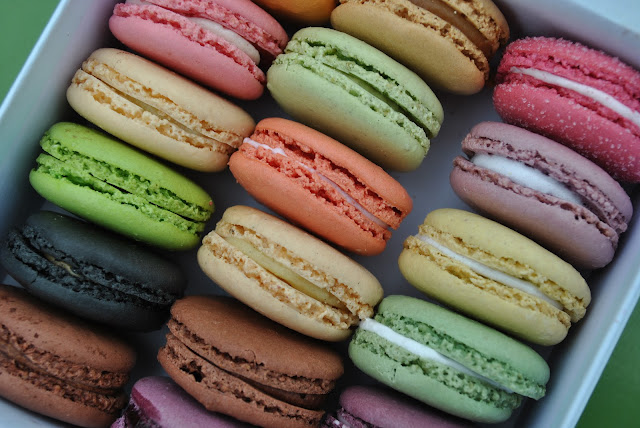 The truth is, I would feel kind of miserable if I did many of Paris’s best things alone. Either that, or it would feel like being in a low-budget Bill Murray Movie. “Cobblestones” is my working title. However, when Miss Love visited, we got a chance to do many of the things we wanted to do together. It was amazing! One of those was check out Ladurée, one of Paris’s most famous patisseries, after a leisurely look at a fraction of the Musée du Louvre’s offerings. 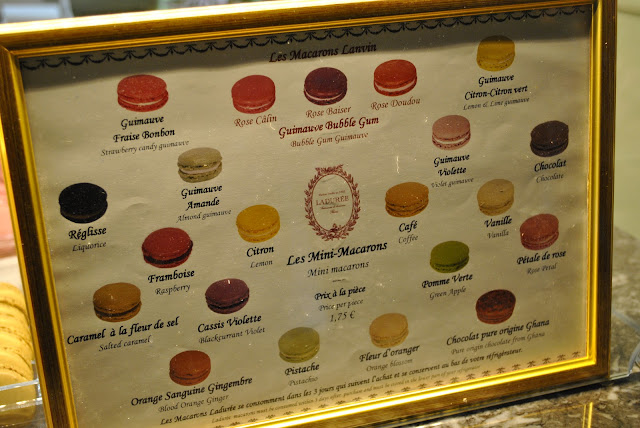 Macaron lovers are typically divided into two camps: Ladurée lovers and Pierre Hermé patrons. Typically, I’m all about Hermé, and Miss Love agreed. That is, until we tried Ladurée’s latest selection. Eschewing the rigidly specific buttercream and cookie combination, Ladurée incorporated many different filling textures and types into their macarons, creating a set of creative and clever flavors. 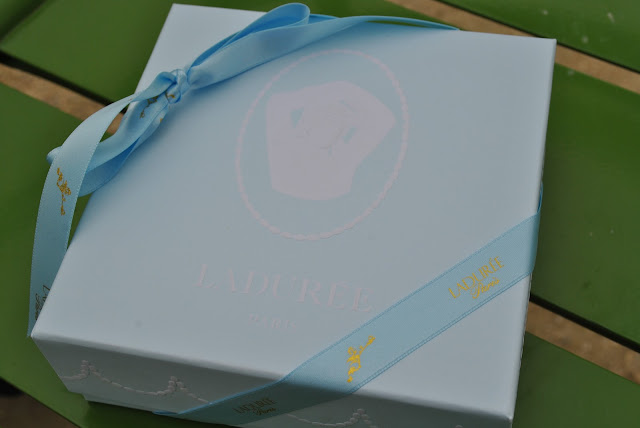 We went all out and got a giant box to share, full of surprises and fun flavors. Ladurée has definitely gotten more creative lately. Whether that’s due to the influx of foreign tourists and a desire to cater to a slightly younger market or not, I don’t know, but with a bubblegum series, fall flavors, and single-origin chocolate, I was excited to sample their variety. 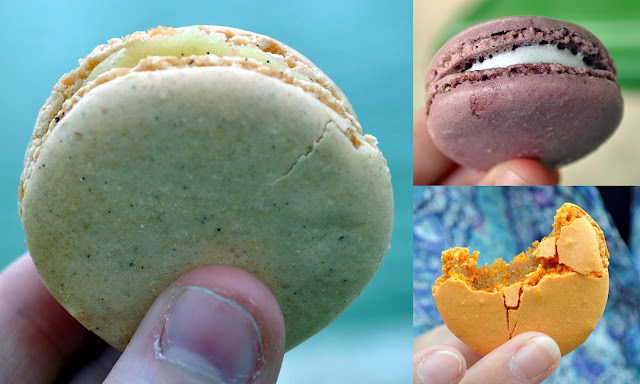 So, we started with a classic and it blew our minds. I’m pleased to report that Ladurée’s vanilla macaron is absolutely the best in Paris. How do I know? It’s my go-to palate cleanser when I get one of the weird ones. Yes, I actually do like a little vanilla before I get wild. And let me tell you that I have never had a vanilla macaron- be it strange or straight-edge, as complex and clean as this. Our next two favorites were the blood orange and ginger, which encapsulated autumn in its sharp spiced cookie, like a bittersweet gingebread shell, and its floral filling, and the Rose Baiser guimauve macaron, with a flavor like Double Bubble’s long-lost sister. Not that we’re crazy into bubblegum, but it was so infused with that sugary, pink tang that we couldn’t not gobble it up. 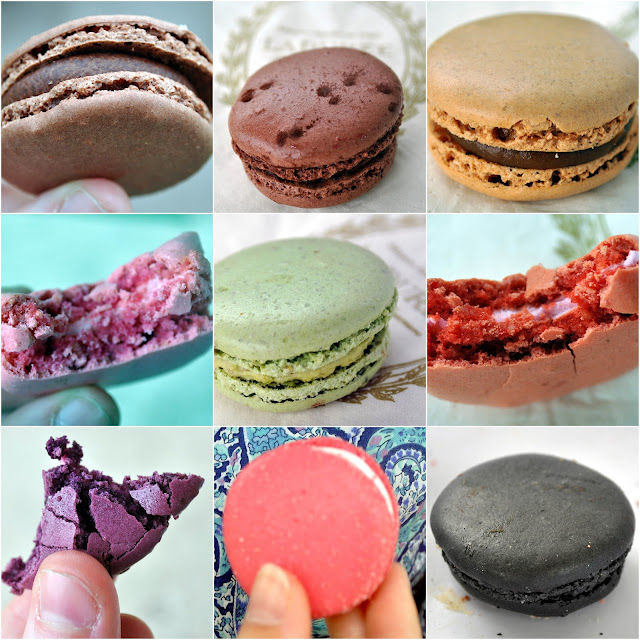 The ensuing varieties were just as impressive in execution. Cassis was jammy and sweet, with a delicate crunch. Green apple was tangy and a little sour, like you’d imagine an adult Jolly Rancher would be. We really liked the salted caramel- the filling was fluid, instead of just caramel-flavored buttercream, and was very smoky and strong.  Strawberry marshmallow had a fun crispy sugar coating and tasted like the macaron equivalent of a Haribo Tagada candy. Licorice was unfortunately bland, and almond marshmallow made less of a splash than we’d anticipated. We were impressed with the palpable differences between chocolate and single-origin chocolate: the latter was complex and earthy, with a dense, rich interior reminiscent of my flourless chocolate cake! 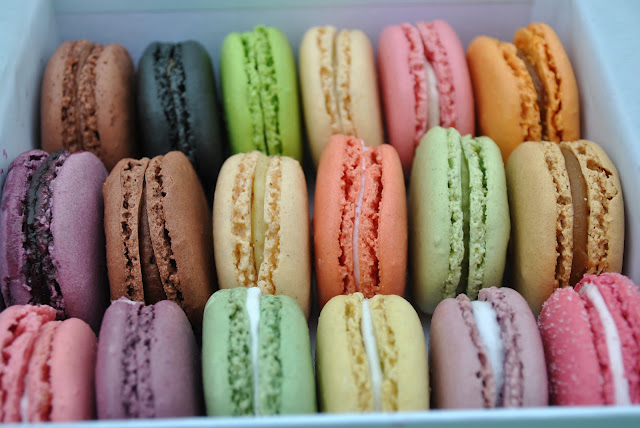 Ladurée is going leaps and bounds ahead of the competition. With their laser French pastry precision and tried-and-true formula, there’s little that they can’t do with macarons if they decide to get funkier with their flavors. From the looks of it, the bubblegum and blood orange are seasonal additions to the menu, so we’ll report back on their winter flavors as they are released!