This week on the Fabulous Misadventures of Foodette in Europe, watch Foodette get locked out, and then reacquainted with her apartment, enjoy the trials and tribulations of the French home repair system, get entertained by Dillinger in fine style at a hotel, and cry while eating peanut M&M’s in one hand and swig Beaujolais Nouveau with the other. Hashtag classy, my friends. Hashtag classy. Yes, getting locked out of my apartment justifies being one week late. However, now that we’re back to our regularly scheduled programming, we can celebrate my return by talking about something as awesome and as magical as a unicorn on fire. The opposite of Chevy Chase. The finesse of skinny jeans and cowboy boots. Chocolate lemonade- sorry, chocolat limonade, from a company bold enough to call itself Elixia. This shit is real. 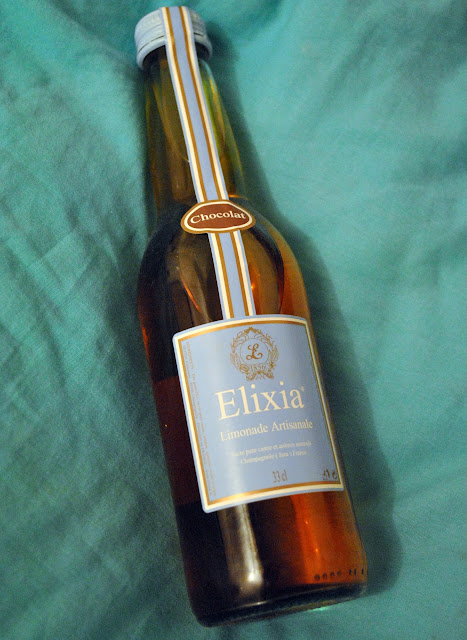 I all but screamed like a toddler when I saw this at the Chocolate Salon, an event that sounds exciting but in reality, was a giant shopping mall full of chocolate and full of people whose average height put me somewhere around ass level. Nevertheless, I escaped with two treats, one of which was this artisanal carbonated beverage. Surprisingly, their booth was sparsely populated, presumably due to peoples’ fear of life-changingly wondrous drinks. 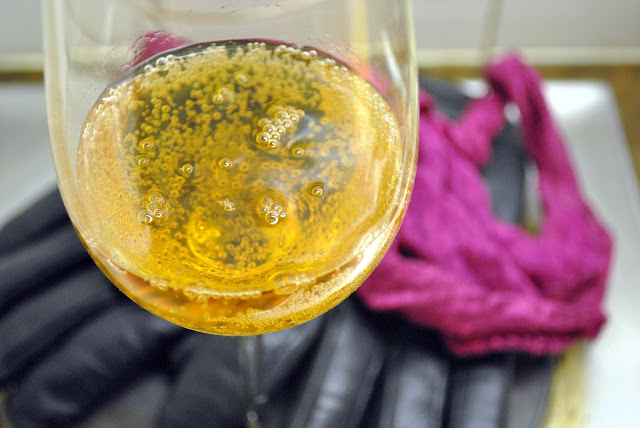 However alluring the tantric combination of chocolate and citrus fruit may sounds, though, it is regrettably a pairing best left to the recesses of the mind, much like Harry Potter and Draco Malfoy fanfiction. To put it simply, Elixia Chocolat is the “Two Princes” of lemonade. It’s clever, it’s catchy, it’s ground-breaking in its enthusiasm, and it even has an element of class. However, its kitschy undertones forever relegate it to the bottom shelf of sodas, and consequently, early 90’s jams. There simply isn’t any substance to it. Hardcore critics call it abrasively unappealing, for me, it performs as a novelty and then quietly dies. 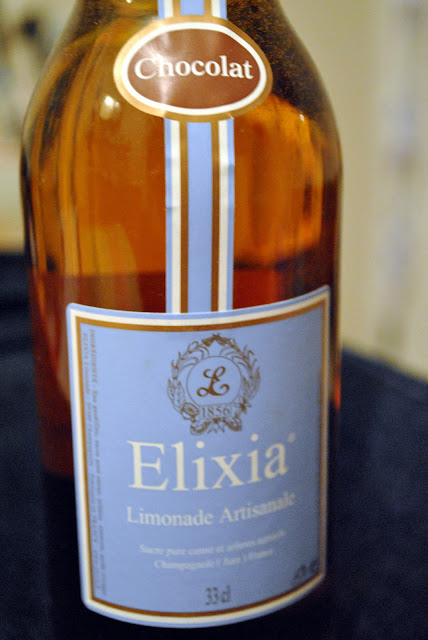 Elixia tastes kind of like a Tootsie Roll, and kind of like Perrier, and kind of like Sprite, but nothing like any of the three in particular. It’s bitter, tangy, and a little depressing. I wanted to like it as much as I wanted to put effort into the post I’m writing about it, and we can all see how well both of those turned out. Ultimately, both the sexy frothy brown lemonade and sexy writing block were poured down the sink. Hey, is Girls on Netflix? 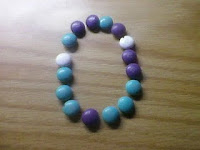