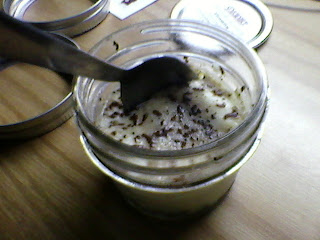 Not being a very big fan of coffee in desserts, I was somewhat dubious of this little cheesecake, but was intrigued as to how the idea and taste of savoiardi would be translated into a cheesecake.

For starters, it was fluffier than the other cheesecakes had been, had a much lighter texture due to the content of the mascarpone, which I loved, and definitely tasted more buttery than any of the others, as well. The coffee taste was really subtle, actually, and I barely tasted it. Even as a non-coffee lover, I would have preferred a little more coffee in the batter.

There was no element of Kahlua, which I enjoyed, as alcohol is not preferable in desserts, either. The crust was quite good, but with the fluffiness of the cheesecake and buttery flavor, I’m not sure how I felt about the slivers of pecans, which worked well in the German Chocolate but didn’t quite translate here. Still, a tasty dessert, and preferable alternative to actual tiramisu when it’s not available.